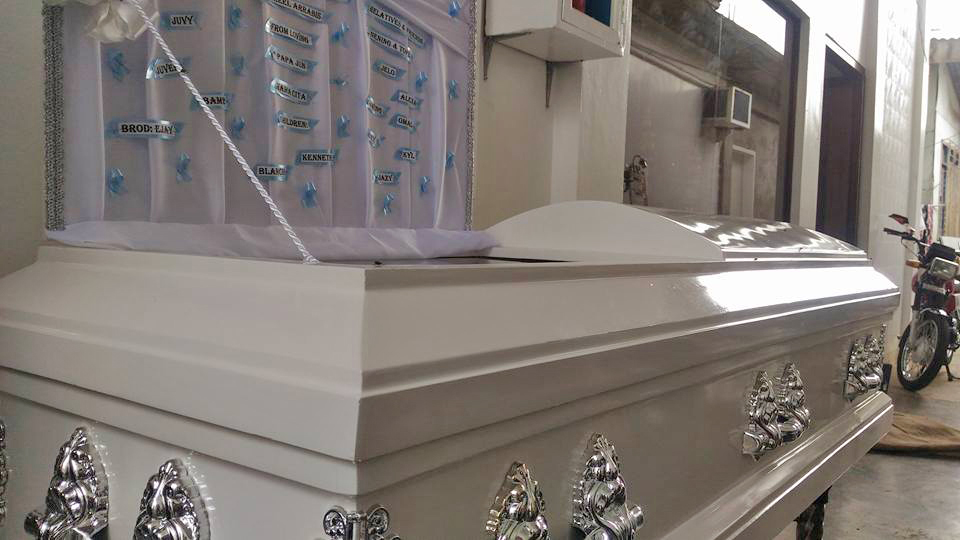 Karapatan said the boy’s parents, Dalia, 38 and Jezreel Arrabis, 40 were killed by a riding-in-tandem in front of their house in Calinan around 6:40 pm.

Jay Apiag, spokesperson of Karapatan in Southern Mindanao region said the couple were active members of the Farmers’ Association in Davao City (FADC).

Apiag said based on their interviews with neighbors and relatives, the family went to buy stocks for their store in Poblacion Calinan.

He said the couple arrived at their house in Purok 6 around 6:40pm, when Jezreel was about to alight from his vehicle, a gunman suddenly appeared and shot him multiple times.

“Dalia, who was seated next to Jezreel immediately opened the door and threw her son outside the vehicle for safety and instantly hugged his husband while screaming for help. The gunman then also shot Dalia,” Apiag said.

He said the relatives of the couple were still clueless why the assailants would kill them. However, Apiag noted that Jezreel was reportedly asked twice by the military to come to the camp in Malagos to “clear his name because he was suspected to be involved with the New People’s Army.”

In a text message on Monday, Capt. Rhyan Batchar, spokesperson of the 10th Infantry Division said the military will cooperate in any investigation if the victims will file charges.

“If they have evidence, we encourage the alleged victims to file a case. In this manner, those accused will be given a chance to answer in court,” Batchar told Davao Today.

Apiag said the couple’s killing brings to 46 the number of victims of “extrajudicial killing” in Davao region under President Rodrigo Duterte. (davaotoday.com)