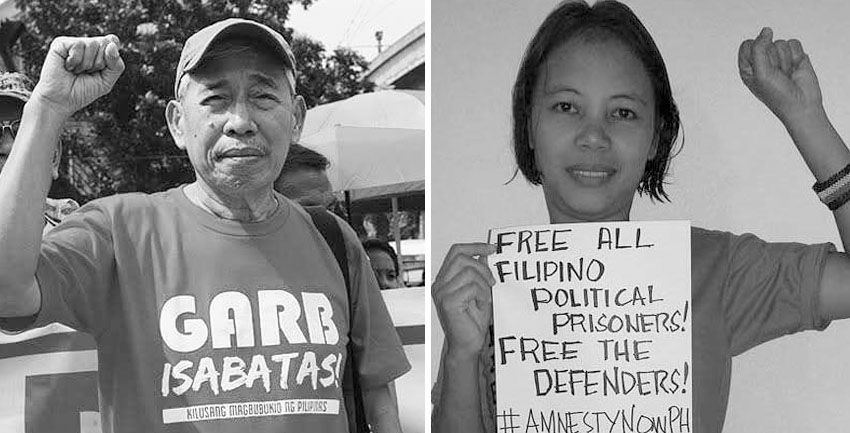 DAVAO CITY, Philippines – A United Nations rights body urged the Philippine government to conduct an independent probe on the killings of activists Randall Echanis and Zara Alvarez, who were murdered over the past two weeks.

“The UN Human Rights Office stresses the need for independent, thorough and transparent investigations into the killings and for those responsible to be held to account,” said Liz Throssell, spokesperson for the United Nations’ Office for Human Rights High Commissioner (OHCHR) Michelle Blanchett.

While Malacañang has denounced the murders, the OHCHR urges the government to ensure agencies related to the case must cooperate fully with investigations by the Commission on Human Rights (CHR).

“We have raised our concerns with the Government and the Commission on Human Rights on these cases, and look forward to continuing to engage with them,” Throssell said.

Echanis, 72, was chairperson of Anakpawis and a peace consultant for the National Democratic Front of the Philippines. He was found dead inside his rented apartment in Quezon City on August 10. Autopsy results on Echanis showed that he was stabbed more than 40 times.

On the day Echanis was buried on August 17, Zara Alvarez, a health advocate and paralegal, was shot dead in Bacolod City.

Both Echanis and Alvarez were red-tagged as communists in anonymous propaganda. Both were also included in a terrorist-proscription case filed by the Department of Justice in 2018.

The UN OHCHR expressed concern on this matter, as Throssell noted that Alvarez’ colleague in Negros, Clarizza Singson, had received death threats on Facebook warning her that she would be next.

“This is particularly worrying as Singson’s name also appeared on the abovementioned list of suspected terrorists and her photo is included in the same poster,” Throssell said.

Bayan Muna Partylist representative Eufemia Cullamat said that the Duterte administration should not merely denounce the killings, as there had already been four activists murdered in the course of the pandemic in the past five months.

The progressive lawmaker challenged the government to junk its counter-insurgency policy which they said is used to silence activists in the country.

“The murder of Carlito Badion, Jory Porquia, Randall Echanis, and Zara Alvarez proves that fell victim of persistent red-tagging and filing of trumped-up charges, harassment, threat and forced surrender by this administration,” Cullamat said in a statement.

“The continued implementation of the whole-of-nation approach and [Memorandum Order] 32 is the peak of hypocrisy and contrary to what they are claiming to be a condemnation to these killings. And the citizens will continue to suffer due to [President Rodrigo] Duterte’s Anti-Terror Law which would kill and silence activists and critics of a corrupt government,” Cullamat added. (davaotoday.com)