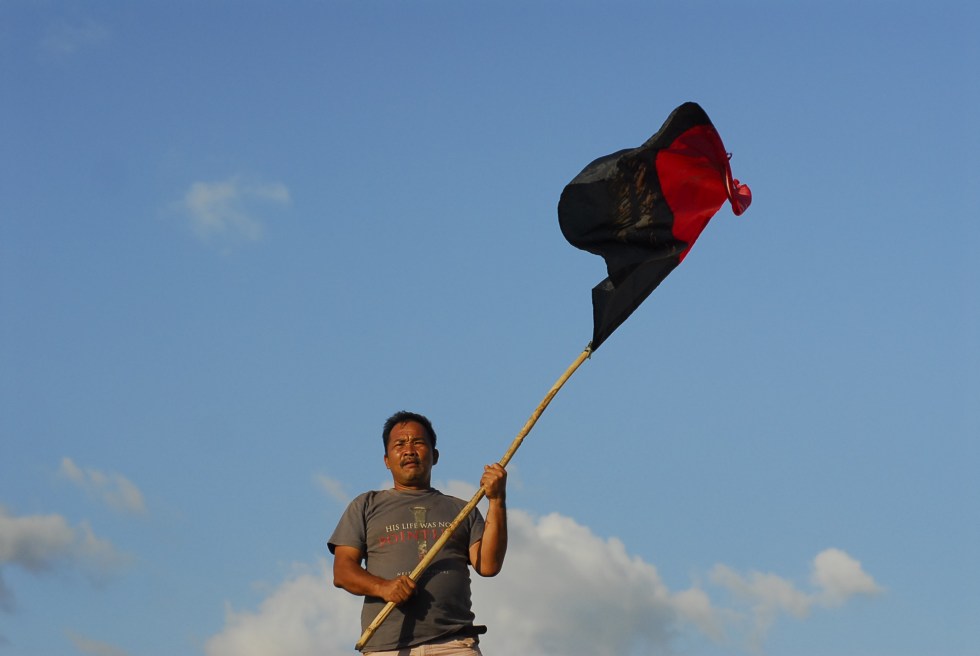 MANILA, Philippines – The death of urban poor activist leader Carlito Badion comes a day after Congress pushed for the Anti-Terror Bill to the plenary on May 30, as progressive lawmakers warned his killing is a prelude to how the bill will target critics and activists.

Badion was secretary general of Kalipunan ng Damayang Mahihirap or Kadamay, and was instrumental for the group’s housing occupation campaigns in the past few years.

Badion or Ka Karletz was in his hometown of Ormoc, Leyte since January to organize urban poor and workers, according to his group, and was found on Thursday afternoon, at Pagsanga-an riverside in Barangay Guintigui-an.

“Kadamay strongly condemns this disgusting crime, which shows the brutal trait of the administration,” the group said in Filipino in a statement.

The group said Ka Karletz had received death threats for several years and suspects the Armed Forces to be behind this attack.

Meanwhile, Kabataan Partylist warned the public that Badion’s murder shows what will happen when the Anti-Terror’ bill is passed into law.

“Prior to its filing, the Duterte regime has already been conducting illegal arrests and detentions, and killings of progressive citizens. What more will happen once this bill has been made into law?” the group said.

Badion’s death comes a day after the aforementioned bill- which allows law enforcement to imprison for 12 years any person who threatens to commit, propose, or incite others to commit terrorism, among others- was approved in the House of Representatives.

His case is also not the first incident against human rights workers and activists this year. Just last April, Bayan Muna-Iloilo coordinator Jose Reynaldo “Jory” Porquia was shot dead by unidentified assailants inside his rented home.

As of April 2020, Karapatan Alliance Philippines has documented 308 victims of extra-judicial killings committed under the Duterte government’s counterinsurgency program, says Cristina Palabay, secretary general of Karapatan. Of that number, 179 of the victims were activists and human rights defenders.

“Karapatan condemns the killing, as stark proof of the worsening climate of impunity under the current administration. We call on the Commission on Human Rights to conduct an independent investigation on the killing of Badion,” she adds.

In comparison, Irish human rights group Front Line Defenders said in its Global Analysis 2019 report released in 2020 that 304 human rights defenders were killed worldwide; 43 of these were Filipinos. The report also mentions that 40% of the victims worked on land, indigenous peopleS and environmental rights. (davaotoday.com)