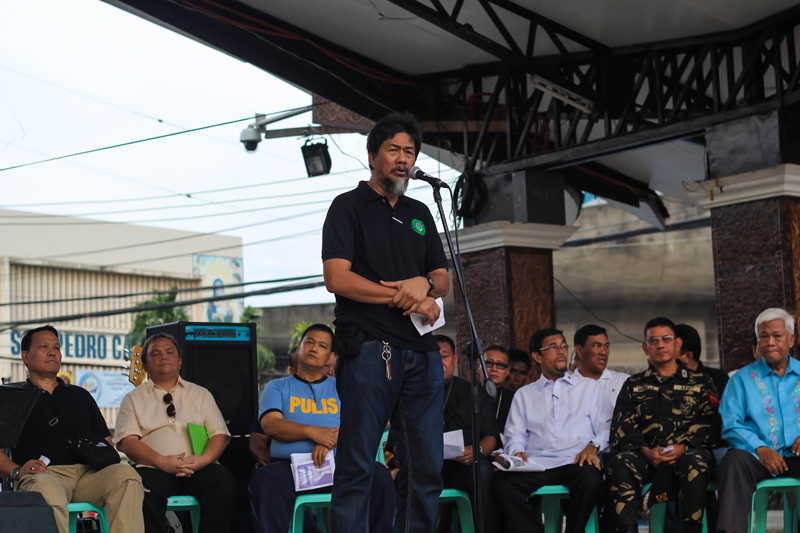 DAVAO CITY, Philippines – A Davao City-based leader of the Moro National Liberation Front (MNLF) said on Wednesday, November 22, that their group supports the call for the President to declare a revolutionary government.

Rolando Olamit, chair of MNLF-Davao, said they believe that by doing so, it is the “best and fastest way” to achieve a federal form of government.

MNLF has vowed to support the push for federalism since Duterte took the seat of presidency. The group believes that the federal system will enable the country to have a “government of transparency and accountability.”

“The MNLF supports this revolutionary government to speed up the attainment of federalism,” Olamit said in a media briefing at the Mandaya Hotel here.

Olamit is one of the organizers of the so-called RevGov (Revolutionary Government) rally here.

A revolutionary government, he said, will “heal” the current political problems in the country, especially in Mindanao.

Olamit said that they are expecting at least three million people from Davao and other neighboring areas to join and support the event which will take place on November 30 at the Crocodile Park.

In October, Duterte expressed his intention to declare a revolutionary government if opposition groups bring violence and chaos on the streets, in a bid to topple him from power.

But recently, the President announced that he will not declare such, saying that “it’s far from happening.”

Obar explained that when the people will proclaim or grant powers of sovereignty to the President on November 30, it is up for Duterte to accept it or not, either on the same day or any date after the rally.

“So far he did not say he we will not accept. He only said he will not proclaim because he will not be the one to proclaim it is the people who will proclaim and grant him the revolutionary power. That should be understood,” he added.

Obar also mentioned that he is optimistic that Duterte will accept the challenge. “If you ask me it might be 90% above.”

Both groups hope that more people will join the nationwide simultaneously grand rally which will be held in different parts of the country including Manila, Baguio, La Union, Cebu, Bacolod, Dumaguete and Siquijor. (davaotoday.com)