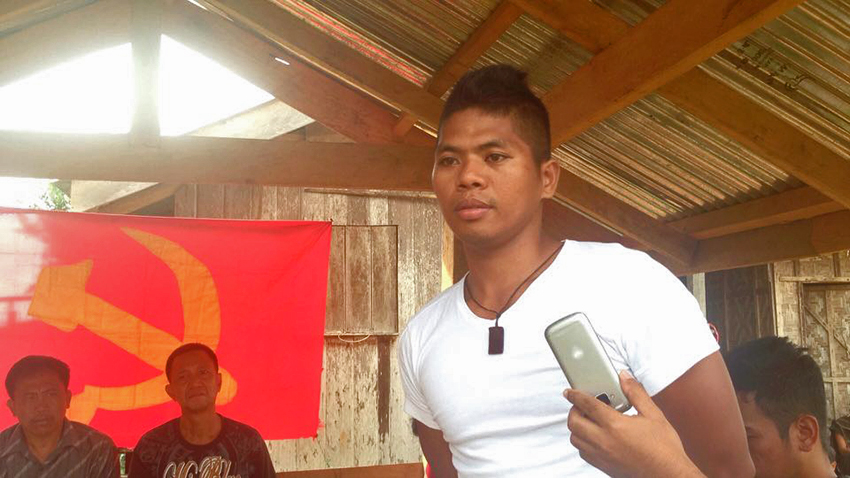 Basabica, 26 years old and serving the PNP for two years, was freed in Barangay Binondo, Baganga town this province at ​around 3:00 pm. He is ​also a member of ​the ​Provincial Public Safety Company​.

Basabica was on his way to Davao City when he was captured by the NPA around 4pm on July 11 in a checkpoint they set up along K​ilo​m​eter​ 26 Barangay Panansalan in Compostela town, Compostela Valley province.

During his release, Basabica said he was treated well by his captors.

The police officer was received by Barangay Kagawad Alicio Reyes of B​a​r​an​g​a​y Aliwagwag in Cateel town, his parents Alfredo Basabica Sr. and Edelyn Basabica, his fiancee Princess Dacuycuy and Rev. Jurie Jaime convenor of the Exodus for Justice and Peace who acted as a third party facilitator.

Ka Rene, who spoke in behalf of the NPA’s Front 25 said they were scheduled to release Basabica earlier. However he said ongoing military operations prevented them.

According to the release order of the National Democratic Front of the Philippines, Basabica “has been investigated by responsible organs of the Detaining Power and sufficient evidence has been established to warrant his prosecution for serious crimes committed against the Filipino people and the revolutionary movement.”

“However, his acts and conduct while under the detention and during the investigation and judicial proceedings have been observed as exhibiting remorse for his offenses and voluntary desistance from committing further crimes against the people and the revolutionary forces,” the release order read.

The release of Basabica came amidst President Rodrigo Duterte’s termination of the peace talks with the communists.(davaotoday.com)