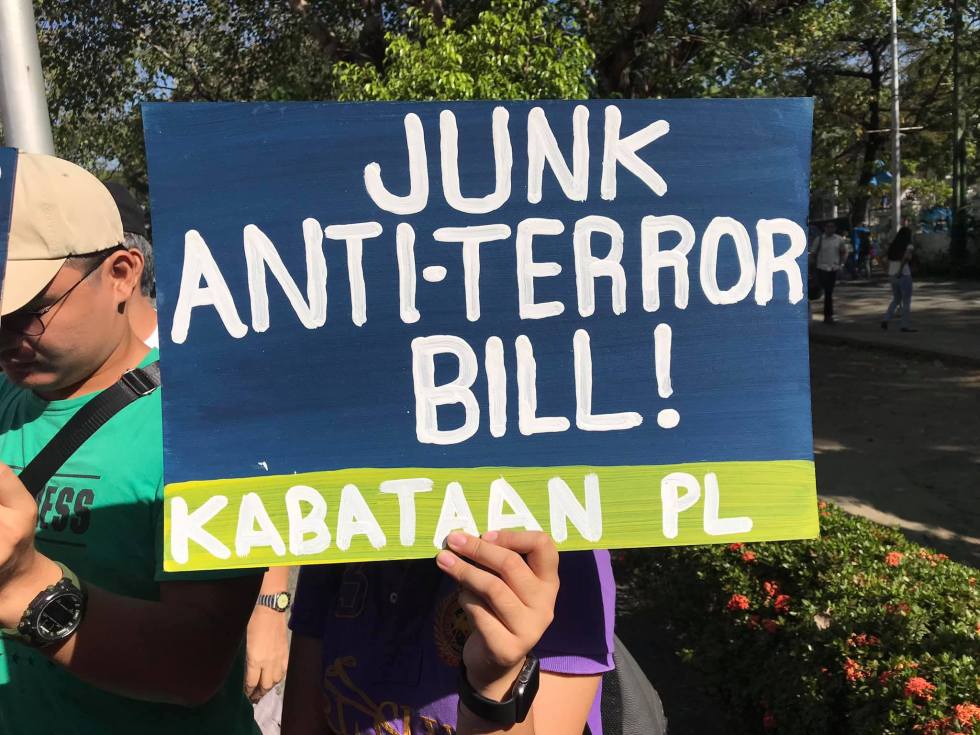 DAVAO CITY, Philippines – “No one is exempted from the bill, but if you are a crony of (Rodrigo) Duterte, you are safe.”

This was the statement of Jayvie Cabajes, vice president for Mindanao of Kabataan Party-list (KP), following the approval of the Senate’s version of the Anti-Terror Bill on Friday, May 29, by the two panels at the Lower House.

Majority members of the Committee on Public Order and Safety and the Committee on National Defense and Security approved the bill with only two lawmakers voting against it, Bayan Muna Rep. Carlos Isagani Zarate and Quezon City 6th District Rep. Cristopher Belmonte.

It “legalizes attack on the dissent of the people”, said KP in a statement, pointing out the bill’s overbroad definition of terrorism: “practices of activism, social media rants, and calls for societal change can be tagged as ‘terrorism’.”

Last February, the Senate approved the bill which seeks to repeal the Human Security Act of 2007. Only senators Risa Hontiveros and Francis Pangilinan opposed the said measure, citing possible abuse.

The proposed bill allows the warrantless arrest of suspected person and detention of up to 24 days while surveillance can be conducted by the police or the military for 60 to 90 days.

“The youth, more than ever, must protect our democracy that is easily robbed by the fascist and dictator regime. Let us unite for our rights,” Cabajes urged.

The UP Mindanao University Student Council also denounced the lawmakers’ move in the middle of the health crisis brought by Coronavirus Disease 2019 (COVID-19).

The student council noted that silencing criticisms seems to be the government’s response to the public’s growing dismay on its actions to address the COVID-19 outbreak.

It can be recalled that when Martial Law in Mindanao was lifted, security forces pushed for the passage of the anti-terror bill – a move that was opposed by human rights groups for fear that violations of basic and constitutional rights would worsen.

The bill will be up for plenary debates and voting this week at the House of Representatives. (davaotoday.com)