Durian production in Davao to fall 20 percent due to drought 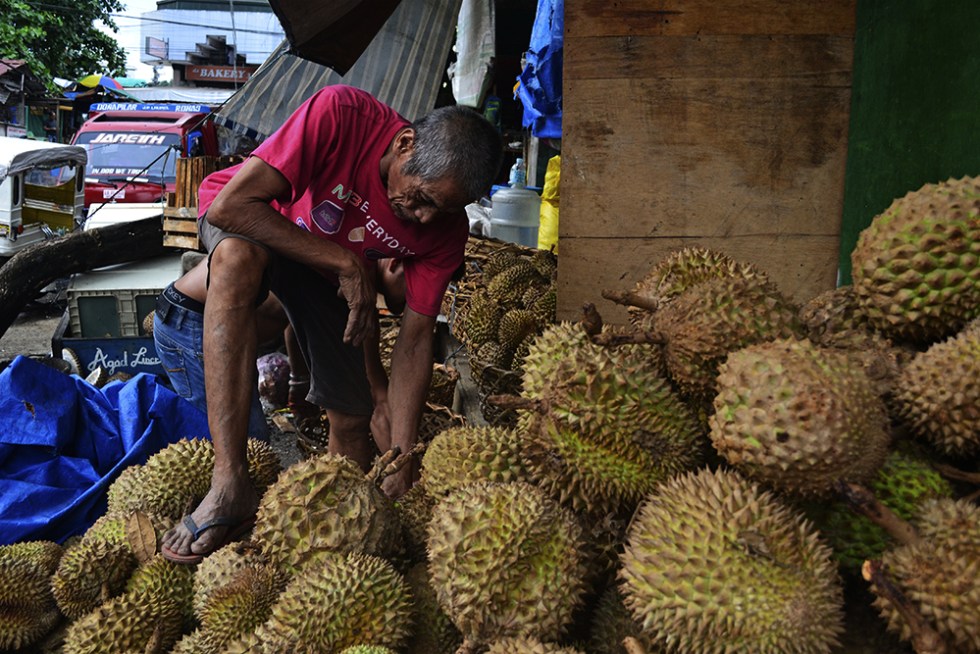 DAVAO CITY, Philippines – Durian production in Davao is decreasing as the El Niño phenomenon continues to inflict damages to the agriculture sector in the area.

Durian Industry Council of Davao City (DICDC) President Larry Miculob told reporters on Monday, April 8 that the durian industry in the city facing an early season with low production due to the long dry spell.

Miculob said decreased production of durian would fail to meet its high demand for local and international markets.

“The good news is that our durian season will be early in time for Kadayawan this August as expected, but the other news is that the production might go down this year even there are a lot of durian flowers because of the continuing dry spell,” Miculob explained.

Early durian season is due to successive raining that leads to early blooming of durian flowers. Miculob added that most durian trees still did not recover from last year’s dry spell that causes stress to fruit trees.

DICDC expects a 20 percent drop in durian production this year and in 2020 or around 16 to 18 million kilos.

Miculob said they are expecting around 30 million kilos of production this year from the total land area of 3,000 hectares planted with durian in Davao City.

Unfortunately, meeting the expected production will not be possible with the continuing onslaught of El Niño in the area.

Last year, DICDC had foreseen an increase of 40 percent to as high as 70 percent of durian production amidst the existing street value of PHP40 to PHP50 pesos per kilo.

Miculod said the price might still be the same even during the full harvest and on Kadayawan Festival due to the high demand for durian in the Davao market and in areas like the National Capital Region (NCR).

“What happened last year is that most of the durian fruits were processed outside of Davao market like Metro Manila,” Miculob added.

Davao City is a top producer of durian supplying around 80 percent of the product in markets in the country.

Miculob also mulled of expanding durian production in other areas to meet the high demands in markets.

He said DICDC is eyeing the areas of Indigenous Peoples (IP) in Bukidnon and in some parts of Maguindanao province.

Miculob added that growers would also venture into the processing of all varieties of durian intended for market in China as three processors have already signified interest on the business. (davaotoday.com)