3 farmer-activists gunned down in Davao Region 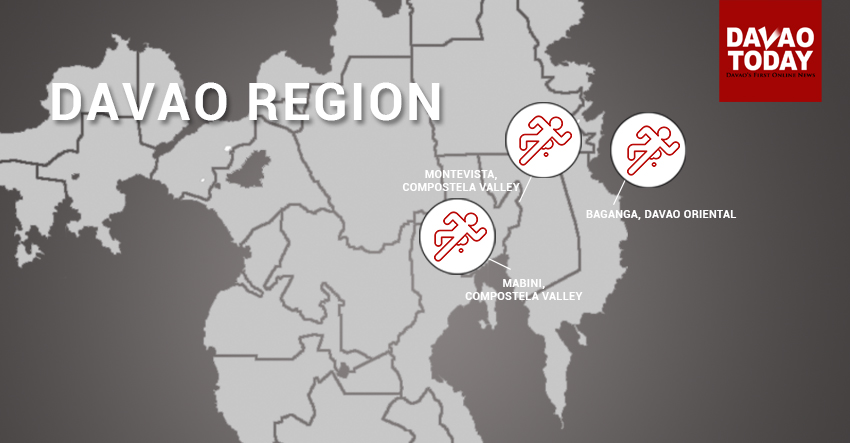 Sacote, a resident of Purok San Vicente, Barangay Lambajon in Baganga town, Davao Oriental province was driving his motorcycle heading home on Sunday afternoon, June 10, when a riding-in-tandem followed him.

“One of the assailants alighted the motorcycle and shot Nestor Sacote multiple times [that] resulted to his immediate death,” said Apiag.

He added that Sacote was an active member of a Kilusang Magbubukid ng Pilipinas (KMP) affiliated local peasant organization, Alyansa sa mga Mag-uuma sa Sidlakang Davao (ALMASID), and has been vocal against militarization of communities in the province.

Unidentified armed men shot Perdicos while he was sitting at the balcony of his house last Wednesday, June 6.

Apiag said Perdicos’ wife (name withheld) reported that they heard series of gunfire shots while she and their two kids were inside the house.

“After a few minutes, the wife went outside to check Lando Perdico and she saw her husband drenched in blood, (already) lifeless,” he added.

On the same day, another KMP member was killed in Montevista town, Compostela Valley. Apiag said they are still gathering more information regarding the shooting incident involving Jovie Jose, which was initially reported by KMP members in the area.

Pedro Arnado, chairperson of KMP-Southern Mindanao, attributed these killings to the peasants’ strong opposition against militarization of communities and entry of big mining companies and plantations in their area.

“The military used the martial law as a license to kill those who dissent against this repressive government,” Arnado in vernacular.

As peace panels of the Philippine government and the National Democratic Front (NDFP) are slated to go back to the negotiation table this month, Arnado wanted for both panels to discuss the escalating human rights violations under martial law.

He also urged the Duterte government to sign the Comprehensive Agreement on Social and Economic Reforms (CASER) with the NDFP “to address the roots of armed conflict in the country – landlessness and poverty.” (davaotoday.com)