INTRUSION. In this photo, elements from the Army’s 66th Infantry Battalion forcibly enter the camp of protesting banana plantation workers of Shin Sun Corp on May 26, two days after the declaration of Martial Law in Mindanao ( Contributed by Kilusang Mayo Uno)

DAVAO CITY, Philippines—Labor group Kilusang Mayo Uno slammed on Monday the Armed Forces of the Philippines for hurling threats, intimidation and intruding the camp of protesting banana workers in Compostela Valley province amid the Martial Law in Mindanao.

KMU reported that government soldiers belonging to the Army’s 66th Infantry Battalion “forcibly occupied and camped” inside the Shin Sun packing plant on May 26, two days after the imposition of Martial Law. The soldiers had also “barged in the picket line” of striking Shin Sun workers just outside the banana plantation.

The labor group also said that soldiers coming from the same army unit “threatened to kill” the protesting farmers if the 2-month strike against the Korean-owned banana company would not be lifted.

More than 80 banana workers mounted strike against Shin Sun Tropical Corp. because of the company’s continued practice of labor contractualization and union busting. The workers were dismissed by the company because of “labor contracting.”

“We strongly condemn these atrocities against workers. Instead of fighting terrorism, Duterte’s Martial Law is being used to sow state terror to suppress Filipino workers’ and people’s legitimate and just demands,” KMU Secretary General Jerome Adonis said in a statement. 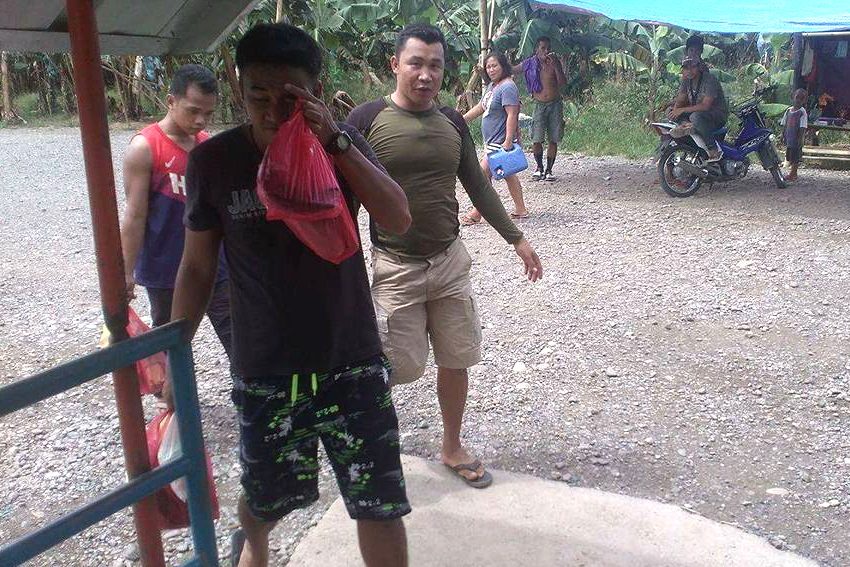 “The 66th IB has been harassing them and the workers have been accused of being members of the New Peoples’ Army (NPA). It is just one of too many cases of legitimate labor disputes being criminalized by state security forces,” Ramos said in a statement sent to media.

As the people in Mindanao were gripped by anxiety following the President’s Martial Law declaration, human rights groups and militants warned of massive human rights violations. Last week, Philippine Army General and Martial Law Chief Eduardo Año said that warrantless arrests were occurring throughout Mindanao, mainly affecting those perceived by the military who has ties with terrorists or group such as the Islamic State-linked Maute group.

Año assured that human rights would be respected, but human rights groups remain skeptical, citing that rights abuses occurred under the Duterte administration.

Despite the government’s claim that the Martial Law only targets the terrorist Maute group, workers of Shin Sun Tropical Corporation in Compostela Valley said they fell victim to the atrocities of the Duterte administration’s military rule in Mindanao. 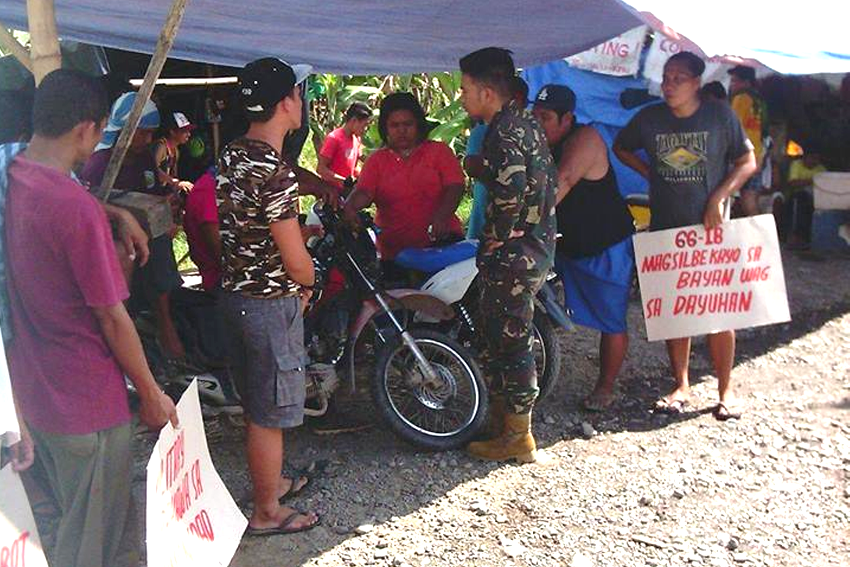 Adonis said the attack against Shin Sun workers “could serve as a prelude to further suppress other workers’ strikes in Mindanao and sends a chilling effect on workers asserting their legitimate demands against contractualization and for a significant wage hike.”

“If Duterte wants to combat terrorism, he should go after the US who formed and has been funding these terrorist groups and not the workers and other civilians who are now being victimized by the state terrorism sowed by his military,” he said.

Adonis called on Duterte to lift the Martial Law in Mindanao because “it is now being used by warmongers and fascists in the military as a license to justify their gross human rights violations, curtailment of democratic rights and suppression of legitimate workers’ and people’s struggles and demands.”

“We call on Filipino workers to stand up for our rights and strongly oppose Duterte’s Martial Law. We cannot allow Duterte’s draconian rule to curtail our rights to assert our legitimate demands under the guise of the US-backed war against terrorism,” he added. ( davaotoday.com)