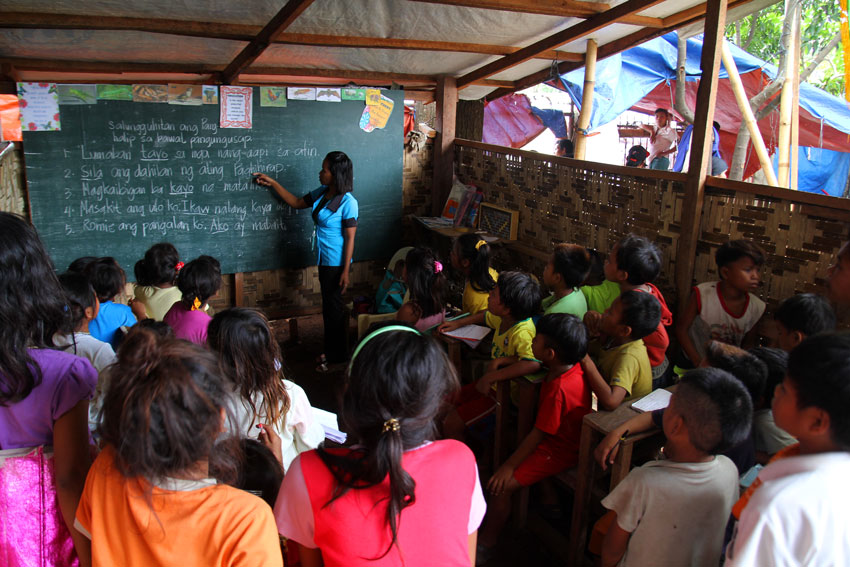 DAVAO CITY – Two teachers of a community school in Paquibato district left their school early in the morning Thursday, July 7 after receiving death threats from the paramilitary group, Alamara.

The threat came a day after an anti-communist tribal leader Ruben Labawan was killed in Panabo City.

Chavez Paterno, one of the teachers of Mindanao Interfaith Services Foundation, Inc. (MISFI) in Sitio Gatungon, Barangay Tapak, Paquibato District, said “We were tagged as members of NPA and our school is said to be owned by the NPA,” Paterno said in a phone interview with Davao Today on Tusday, July 12.

Paterno said as early as 6:00 am on Thursday, he and his co-teacher Jun Villasorda were told by community members to leave because the Alamara members has threatened to kill them.

“We walked for four hours from Sitio Mangani then we crossed rivers and mountains for our safety,” he said.

Both teachers made their exit at Sitio Nahalin, a town in San Fernando, Valencia, Bukidnon. He said they were not able to pass through the usual exit point in Panabo City from Paquibato because of the presence of militia there.

Paterno said a certain Boris Cayuga, an alleged commander of Alamara, reportedly told the community that if the teachers will not leave the community, they will be killed.

“Then they will burn our cottage, and anyone from Misfi who will go there, will also be killed,” he said.

The death threats came after the NPA’s killing of Labawan, a known anti-Communist Ata tribe leader in Paquibato District who was gunned down Wednesday, July 6 after attending a meeting in Panabo, Davao del Norte.

The NPA said Labawan “was guilty of blood debts and meted with the death penalty for serious crimes against the people, especially the Lumads and peasant settlers of Davao City and North Cotabato.”

Paterno said community members were saddened with the news that the teachers had to leave the school. Only one teacher in the community is left but the classes were suspended because of the threats of the militia group.

He said the school has yet to finish some buildings because of the threat they received.

Paterno has been teaching in the said school for almost a month now. He said more than their sacrifices of teaching in remote areas in Davao, the threats against their lives is what saddens them the most.

The “attacks” on schools have continued to this day, education advocates lament.

Last year October, another MISFI campus in White Culaman, Kitaotao, Bukidnon was ordered shut down by the barangay captain who accused the school as NPA-owned.

IP education rights advocates already recorded 95 cases of attacks against teachers and students in IP schools all over Mindanao.(davaotoday.com)