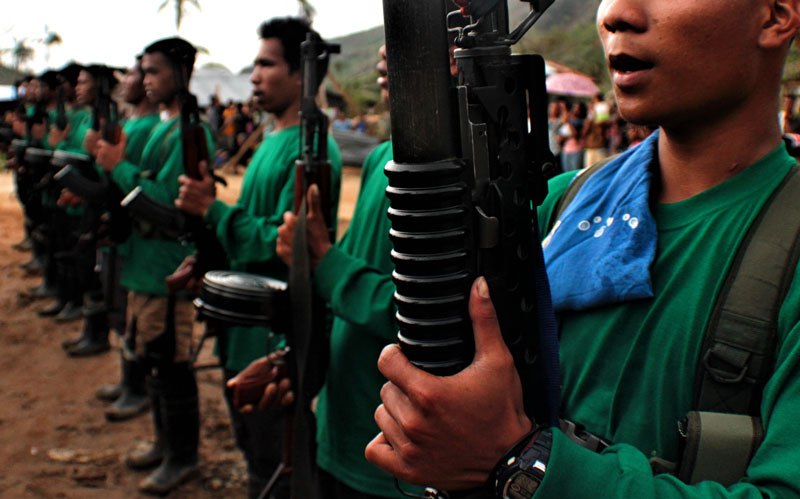 DAVAO CITY – Religious leaders and peace advocates urged candidates and voters in the May Presidential and local elections to prioritize the peace agenda in the election process.

In a statement on Wednesday, March 16 the Citizens Alliance for Just Peace also called on the Philippine government and the political parties to highlight the need for substantive peace platform.

The statement was signed by Bishop Deogracias Iñiguez, Jr of the Philippine Ecumenical Peace Platfrom, Bishop Arturo Asi of the Pilgrims for Peace, Joeven Reyes of Sulong CARHIRIHL and Beverly Orozco of Waging Peace Philippines.

Iñiguez in a telephone interview with Davao Today said, addressing armed conflict “we should know what is the root cause of the armed conflict and from there both parties should be sincere enough to admit that and  then look for a solution.”

“I think sincerity and the desire for the common good should be present,” he said.

While their main concern is the resumption of the peace talks between the government and the NDF, Iñiguez said they are also trying to discuss the peace agenda with presidential candidates to be able to include it on their platforms.

“Yesterday (March 15), we launched a forum, but only three of the presidential candidates sent their representatives. We are still trying to contact the other two and to continue the dialogue with them so they can really take peace as one of their primary agenda,” he said.

The three presidential candidates who were represented during their forum were Davao City Mayor Rodrigo Duterte, Senator Grace Poe and former Department of Interior and Local Government Sec. Mar Roxas.

As the candidates present their platforms of governance during the campaign period, Iñiguez said they are asking the citizens to “look out if that person has something on peace.”

Asked whether there is a candidate whom they think has already presented a clear platform in addressing the armed conflict, Iñiguez said he only heard Duterte as one candidate who presented his program on peace.

Iñiguez said that even if other candidates have not yet presented their peace agenda, it is the voting public who should be active in taking the issue to them.

“That should be one of the things that certainly we should be interested in our selection of a candidate,” he said.

The CAJP also warns the voters of “hollow rhetorics” of candidates.

“We choose hope for the future of our nation and will continue to pursue the road to a just and enduring peace for the Filipino people.  Their cry for land to the tillers, decent jobs with decent pay, food on every table, equitable access to basic social services, and respect of the collective rights of indigenous peoples and the human rights of all persons will not be thwarted by hollow rhetoric,” it said.

The peace advocates also reminded the electorate to overcome “every penchant for patronage-driven, privileged-centered politics.”

The group described the election as “not only a fertile opportunity for Filipinos to discern and act on the peace platforms of national leaders, but it is also an essential time to continue the clamor for tangible efforts and concrete actions in building peace that addresses the roots of armed conflict,” the group said.

March 16 marks the 18th anniversary of the signing of the Comprehensive Agreement on Respect for Human Rights and International Humanitarian Law (CARHRIHL), the first substantive agreement between the government and the National Democratic Front. The other items on the agenda are on socio-economic reforms, political and constitutional reforms, and on end of hostilities and disposition of forces.

The agreement was signed on March 16,1998 in The Hague, The Netherlands and was approved on April 10, 1998 by NDFP National Council Chairperson Mariano Orosa and on August 7, 1998 by President Joseph E. Estrada. (davaotoday.com)