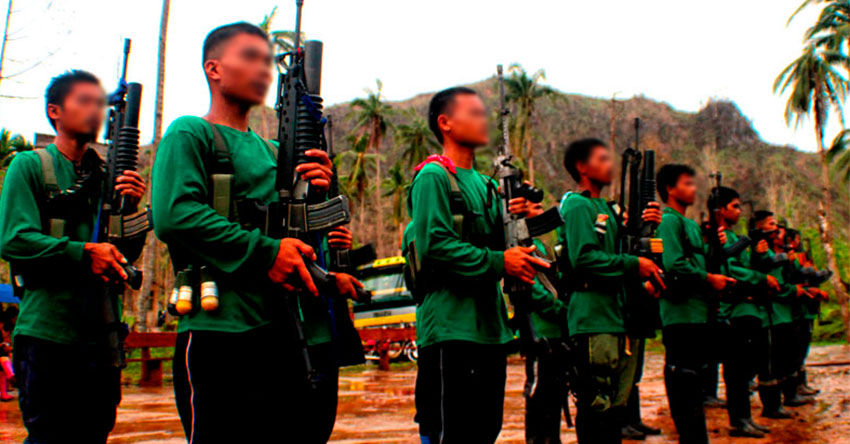 DAVAO CITY – The New People’s Army has owned up the responsibility in the attack at the Governor Generoso Municipal Police Station in Davao Oriental province four days after the raid.

In a statement, Rigoberto Sanchez, spokesperson of the NPA said they seized 11 firearms during the raid and is holding the chief of police as its Prisoner of War.

“The station’s chief of police, Maj. Arnold Olgachen, was captured and taken as Prisoner of War (POW). Eleven firearms consisting of six M16 rifles, one M14 rifle, and five pistols were newly added to the NPA’s armory,” Sanchez said.

Sanchez said the Army also suffered several casualties on the following day, May 30 at about 6 a.m.

“The reinforcement of the 28th IB-Philippine Army suffered several casualties when they were hit by the NPA’s command detonated explosives,” said Sanchez.

The NPA said it targeted the Municipal Police Station based on the people’s demand to punish the protectors of rampant drug trafficking in the area.

Sanchez said reports have identified the municipality of Gov. Generoso as a gateway of illegal drug trade in the province.

“In fact, Red fighters confiscated a sachet of shabu (methamphetamine) from Maj. Olgachen following the raid. Furthermore, poor peasants and Lumads have complained that policemen have long protected the land grabbing activities of prominent families in the province,” Sanchez said.

Sanchez also said that the NPA’s planned raid of a shabu laboratory in Tibanban, Gov. Generoso was sabotaged by the Army.

He said Davao Oriental Governor Cora Malanyaon and Congressman Nelson Dayanghirang “know well of the prevalence of illegal drugs in their province.”

“Their silence and inaction on this widespread problem only confirm the masses’ belief of the reactionary officials’ unholy alliance with drug syndicates,” he said.

Meanwhile, Sanchez said they are investigating Olgachen “for possible violation of human rights and other war crimes.”

The Philippine National Police (PNP) has formed a Special Investigation Task Group (SITG) to investigate the raid last Sunday, May 29.

Dela Cerna said the purpose of the group is to check the weaknesses of the police station, to improve the defenses and to validate the administrative and operational capabilities of the station.

“We want to know where the station lacked and to know what actions we still have to make,” she said.