NPA to AFP: Do not undermine ‘historic’ peace talks 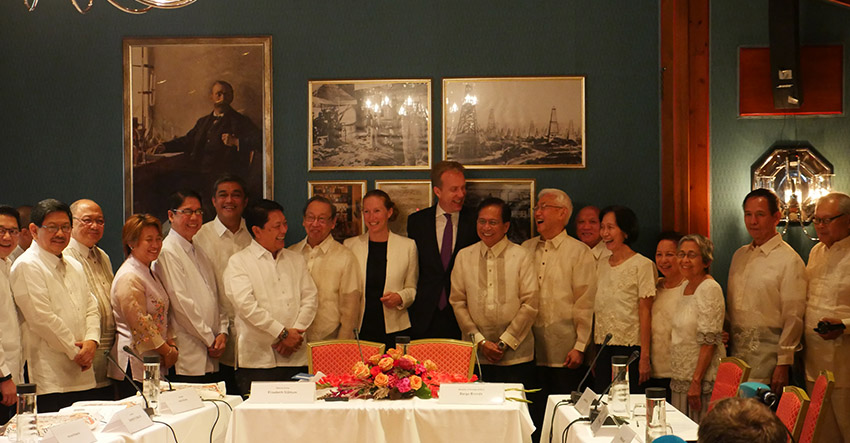 Both negotiating panels of the Government of the Philippines and the National Democratic Front expressed optimism on the resumption of the formal talks which opened on Monday, August 22, in Oslo, Norway. (Photo by Kodao Productions)

DAVAO CITY—The New People’s Army slammed the Armed Forces of the Philippines for maintaining their presence in areas believed to be stronghold of the communist rebels.

“The presence and operations of the AFP in rural communities undermine the credibility of the Duterte government among the people as it projects an image of disunity within the GRP or refusal of the AFP to abide by the order of its commander-in-chief,” the NPA said.

The NPA has identified 20 civilian communities across the country where the state security forces believed to maintain their presence.

Their presence in the rural communities could endanger the ceasefire declarations separately issued by GRP President Duterte and the CPP, the group warned.

Military troops have also set-up detachments within civilian communities, the NPA said. They also asserted that AFP are conducting “psywar, surveillance and search and combat operations against the NPA.”

The NPA’s statement came as the NDFP and GRP ended the five-day peace talks on Friday, August 26. As a gesture of goodwill, the NPA has released seven prisoners-of-war in Surigao and Compostela Valley.

“In light of GRP President’s call, we anticipate him to be sympathetic to the plight of the peasants and Lumad and see the urgency of ordering the withdrawal of AFP troops from civilian communities,” the NPA said.

On the other hand, Armed Forces of the Philippines, said that a long-term ceasefire will help them bring the Peace and Development Outreach Programs in the civilian communities.

“Now that a ceasefire with the CPP-NPA is in effect, we expect that the implementation of the government’s peace and development programs in the countryside will be able to proceed much faster providing the much needed services to even the remotest barangay,” Army commander Lt. Gen Rey Leonardo B. Guerrero said during the 10th year anniversary of the Eastern Mindanao Command here on Friday, August 26.

Guerrero has attributed the success implementation of the PDOP in far-fung communities through the effective “convergence” of local government units and agencies, organizations, civil society organizations and the security sector and management groups. (With a report from Maria Patricia C. Borromeo/davaotoday.com)