Talks, informal back channel with Reds on, OPAPP chief confirms 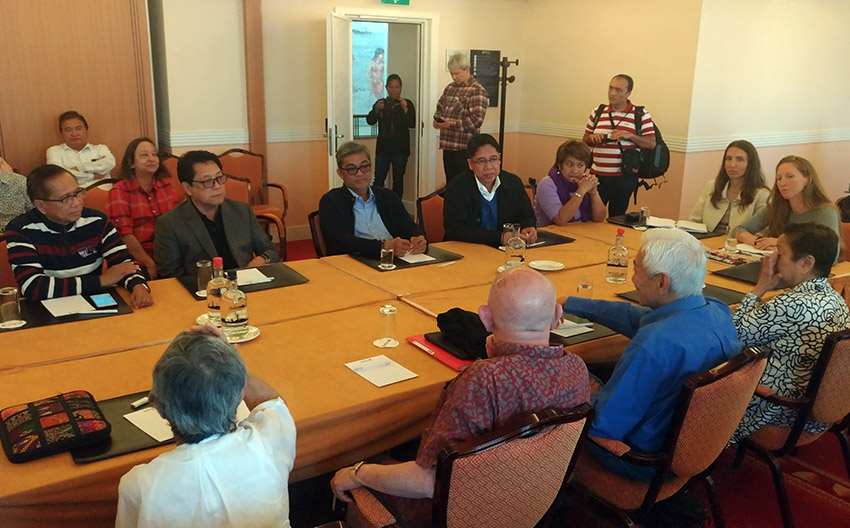 In this file photo take on May 28, 2017, peace panels from the Philippine government and the National Democratic Front of the Philippines, together with the facilitators from the Royal Norwegian Government, resumed their session to continue on sorting out how to push through with the scheduled fifth round of talks at the Radisson Blu Palace Hotel in Noordwijk Aan Zee in the Netherlands. (Zea Io Ming C. Capistrano/davaotoday.com)

The OPAPP said in a statement issued on Tuesday that “Efforts to resume peace negotiations with the CPP/NPA/NDF are underway, with informal back-channel talks now taking place in Europe.”

The peace talk was stalled when the Duterte government pulled out from the negotiating table after the Armed Forces of the Philippines (AFP) accused the CPP and its armed wing of capitalizing the declared ceasefire to expand its membership, areas of influence and resources.

It was only in April this year that Duterte had signified, again, his openness to come to the negotiating table, but with conditions.

Duterte pointed out that he wanted a ceasefire agreement to be hammered out first and that the talks must resume within a timeline of 60 days.

Presidential Peace Adviser Jesus Dureza and Chief Peace Negotiator Silvestre Bello III already informed the President that his clear directives are being relayed “across the table” and are now the subject of discussions in the on-going meetings, the OPAPP statement added.

OPAPP has also received positive results from the current initiative in Europe, the statement said.

“We are doing our best to meet the deadline set by the President about the resumption of talks within 60 days,” Bello was quoted in the statement.

He added that the team involved in the back channel efforts will soon return home to brief the President of its outcome. (davaotoday.com)