Duterte’s alma mater to put up campus in Davao 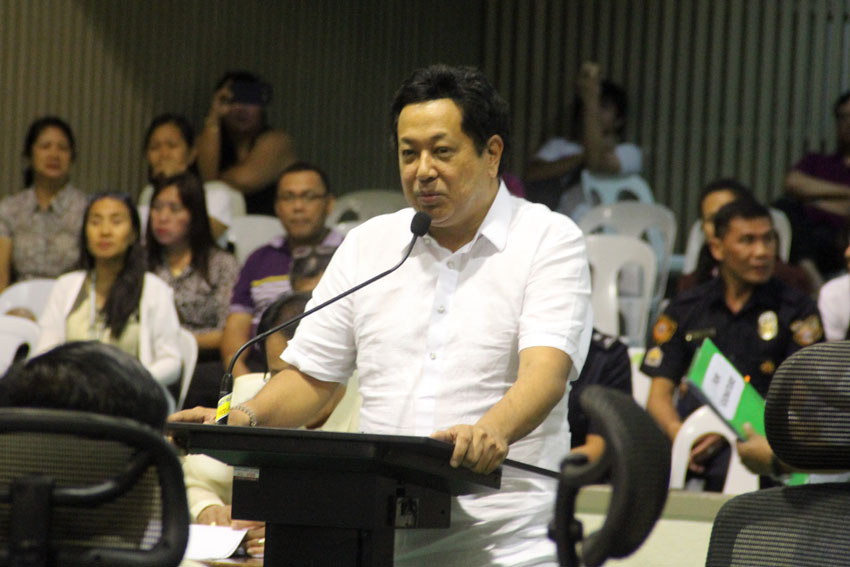 Dr. Peter Laurel, president of the Lyceum of the Philippines University campuses in Laguna and Batangas pays a courtesy call before the City Council on Tuesday, March 28. (Zea Io Ming C. Capistrano/davaotoday.com)

DAVAO CITY, Philippines — President Rodrigo Duterte’s alma mater, Lyceum of the Philippines University, will put up a branch here in the city.

President of Lyceum Batangas and Laguna campuses, Dr. Peter Laurel, said they are planning to put up a campus called Lyceum of the Philippines University Davao.

“This will be the first campus out of Luzon,” Laurel told reporters during his courtesy call at the regular session of the City Council, Tuesday, Mar.28.

The LPU currently has campuses in Batangas, Laguna, Cavite, Makati and Manila.

Laurel said they came to Davao City four years ago and made a courtesy call on then city mayor, Rodrigo Duterte.

“He said, being an LPU graduate, it would be good if there is a school here,” Laurel recalled.

Duterte is an alumnus of LPU and he graduated with a degree of Bachelor of Arts Major in Political Science in 1968. He was recognized as the Most Outstanding Alumnus of Lyceum of the Philippines University in 2015.

Apart from being a hometown of its famous alumnus, Laurel said they chose Davao because of its “stable peace and order situation” and as the hub of Mindanao which comprises a big market.

“We see with peace and order comes economic benefits so we would like to play a role on the education side of nation-building,” Laurel said.

Laurel said they purchased the eight-hectare property in front of the Davao International Airport. He added they will initially develop three hectares for the school.

“It will essentially be a university, there will be no grade school,” Laurel said. However, he added that they will still determine whether they will offer Grade 11 and Grade 12.

Laurel said they hope to open by 2018. The construction will start in the next few weeks, he said.

Laurel said the LPU is known for its courses in hotel and restaurant management, hospitality, business and information technology, medical technology, engineering and maritime.(davaotoday.com)