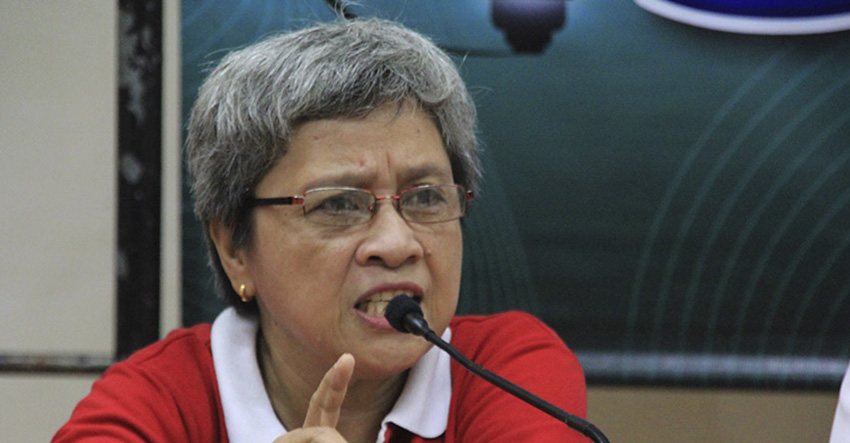 AIDS AWARENESS. Davao City Health Office health education and population officer Precy Senoc reports that there is a rising trend in the cases of human immunodeficiency virus infection in the country. She said there are 22 cases of HIV infections in the country everyday. (Medel V. Hernani/davaotoday.com)

DAVAO CITY – The Davao City Aids Council (DCAC) said there are already nine deaths out of the 1,295 cases of Human Immunodeficiency Virus (HIV) infections in Davao City since 1984 until July this year.

Precy Senoc, health education and population officer of the City Health Office said from January to September this year, there are 5,901 HIV infection cases in the country.

On the single month of September this year, there are already 692 cases of HIV infections.

Senoc, in a press conference Thursday said there are 22 persons infected with HIV everyday all over the country.

Senoc clarifies that there is an increase in the recorded HIV-AIDS cases because of two reasons including the new infections tallied and the old infections who came out in the open to access the services offered for persons living with HIV-AIDS.

She said there are 28,428 cases of HIV-AIDS infection in the Philippines from 1984 to September this year.

The highest number of infected were aged 25-34 with 14,458, which Senoc said is considered to be “very productive age”.

Senoc said in the country there are 86 cases of HIV infections involving minors aged 15 and below, including a 13-year-old girl in Davao City.

She said there is a problem now with minors who are used as “service boys” by homosexual males.

Jeanette Ampog, executive director of Talikala, said that Republic Act 8904 or the Philippine AIDS Prevention and Control Act of 1998 does not allow minors to be tested for HIV unless the parents consented.

“It is invasive and there is a procedure where you need to extract blood sample,” she said.

Ampog said some organizations are now lobbying to allow children to be tested “as long as they are guided by service providers.”

Ampog also added that minors are victims of human trafficking and are very prone to acquiring HIV-AIDS. She said because of poverty, prostitution is rising and so is the number of minors in prostitution.

Senoc also added that with the rapid increase of HIV and Acquired Immune Deficiency Syndrome (AIDS) cases there is a need for multi-faceted approach and more people responding for the prevention and control in the spread of HIV-AIDS in Davao City.

She said that many people do not want to undergo HIV-AIDS testing out of fear of being stigmatized and judged by the society.

Second District Councilor Al Ryan Alejandre even testified that he has undergone HIV-AIDS testing and encouraged other personalities to set as an example to people who were afraid to to get a test.

“If we would help them by taking the test ourselves, it will help them not to feel ashamed anymore,” he added.

“Everybody is vulnerable to HIV-AIDS and this is not just an issue of sex. That is why we encourage people to engage in this campaign,” said Senoc.

On December 1, the DCAC will commemorate the 27th World AIDS Day to promote awareness among the public on how to prevent and control HIV-AIDS. (With a report from Dyanarah P. Lavadia/davaotoday.com)