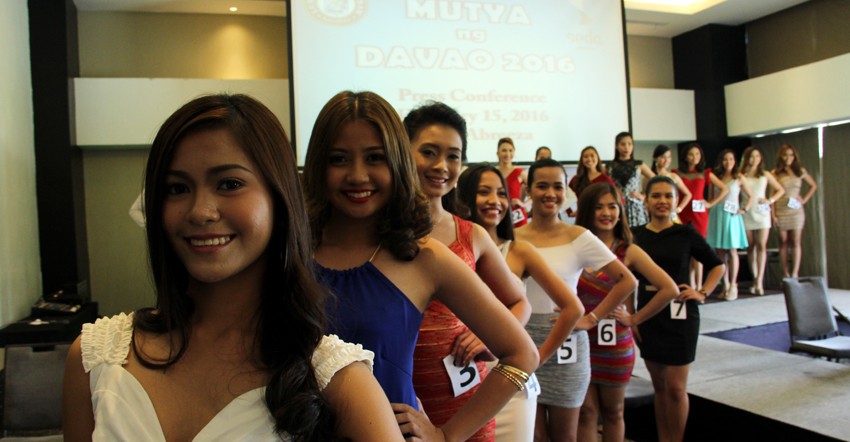 DAVAO CITY – Out of the 50 applicants who were screened on Saturday, February 13, 30 Davaoeñas have been named to compete for the annual Mutya ng Dabaw pageant on March 15.

Councilor Al Ryan Alejandre, the chair of the beauty pagent committee, said these are the following candidates who have qualified:

Alejandre, who also heads the Committee on Tourism said that this year’s 79th Araw ng Davao will be Mayor Rodrigo Duterte’s last event appearance as the city mayor.

“So, gusto namo nga mapagwapo, manindot atoang presentation sa atoang Mutya ng Davao. Kasi ito na yong last Mutya ni Mayor na makajoin siya (So we would like to make this beautiful since this will be the last Mutya pageant that Mayor will be joining as the city mayor),“ Alejandre said.

According to the Mutya ng Dabaw official Facebook page, the ideal Mutya: “is one who is strong and independent; enlightened and socially aware; politically active in promoting gender equality; intelligent and articulate in more than one language; confident yet humble; believes that all of God’s creations are beautiful; and whose talents and skills serve not just her personal growth, but also dedicated to developing her community and in promoting peace.” (davaotoday.com)