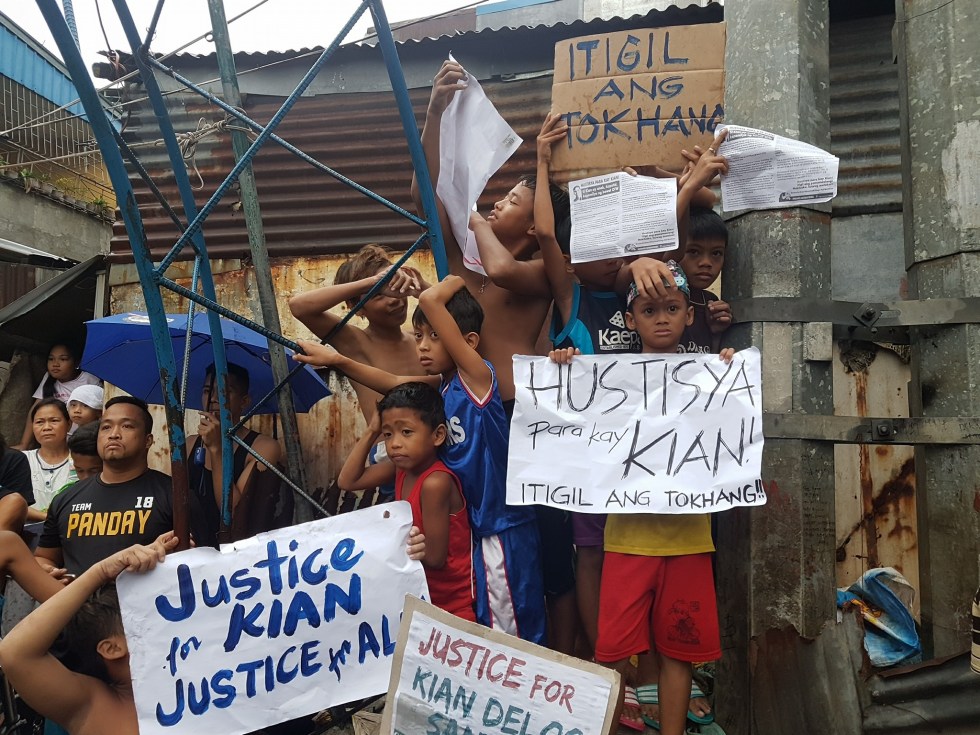 DAVAO CITY, Philippines—Human rights advocates demand the Duterte administration to end the spate of killings as the casualties of the bloody war on drugs now stood at 13,000.

“The human rights situation in the Philippines has become far worse than how it was in the first quarter of President Duterte’s term as head of the Republic,” said Kira Miranda, spokesperson of human rights group Katungod-Sinirangan Bisayas.

Miranda said the President’s statements has “tolerated extra-judicial killings” and the government’s war on drugs has claimed more than 13,000 civilians as a result of the operations of the Philippine National Police and vigilante groups.

Government officials have branded figures of human rights groups critical of the anti-drug war as “exaggerated”.

As of July 26, government’s data show an estimate of 3,451 drug-related personalities killed since July last year.

Various groups, meanwhile, continue to express their outrage over the death Kian De Los Santos, a Grade 11 student who was summarily killed by police on August 16 after being falsely accused as a drug dealer. He was 17.

Amid the release of a CCTV footage, the authorities maintained that Delos Santos was implicated in drug-related activities and claimed that the boy went on the defensive and threatened law enforcement officers.

“We call on all human rights groups, organizations and formations to condemn the blatant murder of Kian De Los Santos, who is one of many victims across the entire nation who’s lives have been claimed by the police’s war against the poor,” Miranda said.

Last August 16, Kenneth Bertes was also killed in a police operation in Eastern Visayas after being implicated in illegal drug trade. But Berte’s mother claimed her son was “unarmed and defenseless” against the police.

The spokesperson of the group said that Delos Santos’ case was one of many cases where the police has been implicated in the murder of minors, the youngest was that of a 4-year old girl in 2016 and a similar case of a 5-year old boy in Pasay of the same year.

Reports said that at least 30 minors killed in the government’s bloody drug war since June 2016, when Duterte assumed the presidency.

The Alliance of Concerned Teachers Rep. Antonio Tinio and France Castro also condemned the killing of Delos Santos during the “One-Time, Big-Time” operation or Oplan Galugad of the PCP-7 Drug Enforcement Unit.

“This is yet another proof that Tokhang is a fascist, anti-poor tool in the guise of an anti-drug campaign,” Castro said.

Castro described the anti-drug war of the government as “a war against the people,” where the poor are being killed on mere suspicion police. (davaotoday.com)