Lawmakers tell DepEd: Do not rely on military’s ‘red-tagging’ of Lumad school in South Cotabato 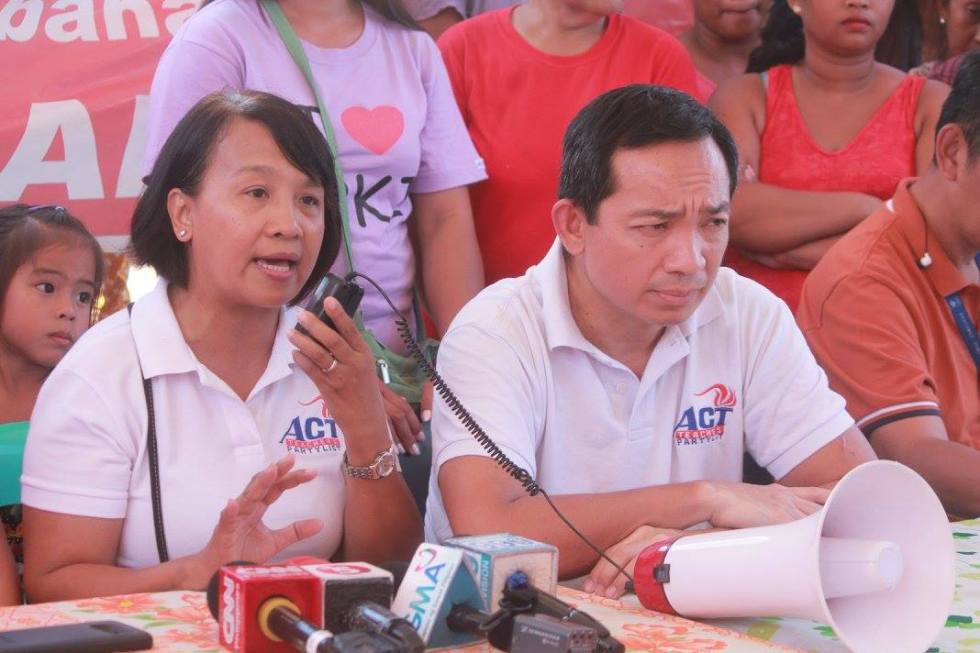 ​Representative France Castro of the Act Teachers Partylist said th​e Lumad schools in South Cotabato “have long been operational and in existence for the benefit of the children.”

Castro, however, noted that until now the Department of Education failed to release the accreditation documents to make the operations of the community learning schools valid and compliant to DepEd standards.

“The DepEd has certain procedures and requirements which clearly do not include any input by the military but they still plan to use such,” Castro said as she warned DepEd in South Cotabato not to rely on the statements provided by the Army’s 27th Infantry Battalion (IB).

“We warn DepEd South Cotabato not to entertain any malicious allegations of the military, considering its long and bloody record of targeting indigenous peoples (IPs) as so-called enemies of the state,” she said.

Castro’s statement came after Lt. Col. Benjamin Leander accused a community school ​as ​present​ing​ itself as an IP school ​but teaches “revolutionary ideas.”

In a Philippine News Agency report dated September 25, Leander reportedly said the tribal school was put up by the New People’s Army’s Front 73 while there was a ceasefire between the government and the National Democratic Front.

“It is clearly a revolutionary school set up to influence our IPs to take up arms against the government,” he said.

​Another ​ACT Teachers Rep​.​ Antonio Tinio also said “DepEd should immediately act on the applications for accreditation of the IP schools and community learning centers in the area which have long been pending with DepEd.”

“As the agency tasked to ensure that all children are accorded their right to education, the DepEd must support the Lumad schools already existing in the areas,” he said.

Apart from granting the accreditation documents to these schools, Tinio said that DepEd should conduct an “independent assessment of the schools” and decide on their accreditation based on its own procedures and rules.(davaotoday.com)