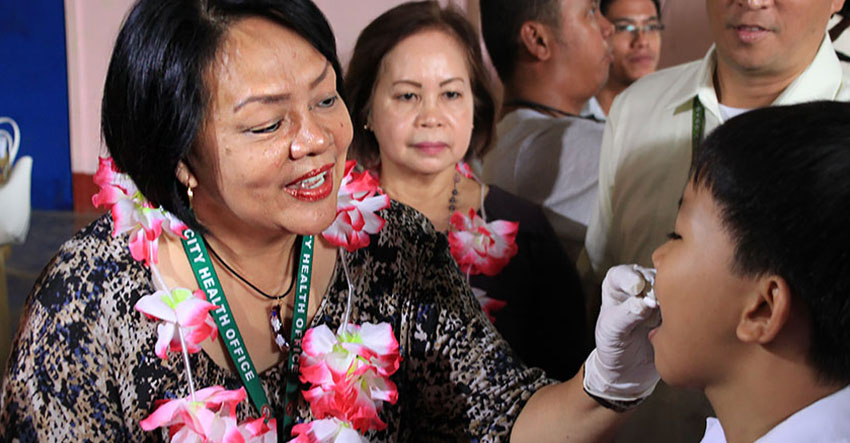 DAVAO CITY – Hundreds of high school students were administered tablets of Albendazole in the regional launching of the National Deworming Month this year at the Davao City National High School on Tuesday, July 12.

“We don’t want to produce children who are anemic and malnourished because it results to poor performance in school,” Berguia added.

During her opening remarks, City Health Officer Dr. Josephine Villafuerte reiterated that the pills used in the deworming activity were safe, and stomach aches were a natural side effect of taking medicines with an empty stomach.

In order to prevent this, rice porridge was served to the students before administering the tablets.

The national deworming initiative was started last year, with the Administrative Order (AO) 2015-0030 dated June 26, saying that students in 38,656 public elementary schools will undergo deworming in one day through the National School Deworming initiative. The program initially included only children aged 5 to 12.

However, this year, the initiative is now bi-annual campaign by the DOH, and has expanded to include children from one to four years old, all the way to teenagers, aged 13 to 18 years old, as well as out of school youth. The campaign was also expanded to barangays in order to reach more children, especially those in poverty-stricken areas, said Berguia.

Deworming was also done nationwide, January of this year. (davaotoday.com)