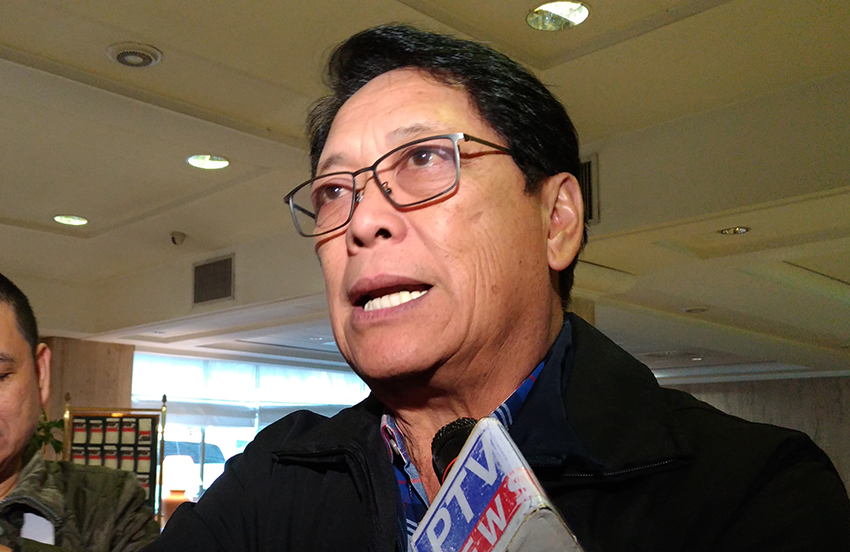 DAVAO CITY, Philippines — Labor Secretary Silvestre Bello III said the labor department is coming up with an administrative order to direct all business establishment to grant rest periods for salesgirls including male employees.

In an interview at the sidelines of the opening of the One-Stop Service Center for Overseas Filipino Workers in Gaisano Mall here Friday, Bello said the technical working group will meet on Tuesday, Aug. 15 to come up with a recommendation which will be the basis of the order.

“During their period of working they should be allowed rest time. Pumunta ka dun sa SM, walang saleslady na nakaupo, puro nakatindig yan. So hindi lang alisin yung requirement of high heels, we should also allow our salesgirls and security guards and other male workers some rest time,” Bello said.

He said in a span of an hour salesgirls or personnel who are commonly required to stand for a long period of time during their duty should be given “five to 10 minutes rest time” every hour.

Meanwhile, the Associated Labor Unions-Trade Union Congress of the Philippines (ALU-TUCP) lauded DOLE for acting swiftly on the concerns of the salesladies.

Bello on Thursday ordered the DOLE’s Occupational Safety and Health Center (OSHC), the Bureau of Working Conditions (BWC) and the Bureau of Special Working Concerns (BSWC) to come up immediately with a policy in view of an occupational safety and health hazards faced by salesladies in wearing high-heel shoes and giving rest periods to both male and female security guards and salespersons.

ALU-TUCP spokesperson Alan Tanjusay said the most of the workers were employed as short-term contractual employees.

“Most of these salesladies have been enduring the pain and the risks caused by wearing high heels shoes for the entire period of the shift for many years because they will be fired whenever they complain against it. Apart from having no security of tenure, they have no union to help them improve their plight,” Tanjusay said.

The ALU-TUCP last week urged the DOLE to draft a policy forbidding employers nationwide from requiring women employees to wear high heel shoes at work because it poses danger to their safety and health in the absence of a government regulation.

Tanjusay said the ALU-TUCP envision a policy that cover not only salesladies but promodizers in supermarkets, waitresses, hotel and restaurant receptionists, flight attendants and lady security guards. (davaotoday.com)