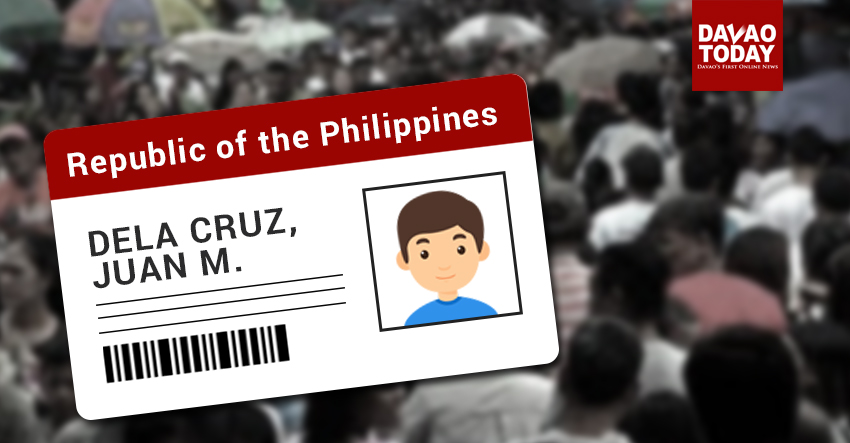 DAVAO CITY, Philippines—The national identification system is a threat to right to privacy, safety and security, a claim made by a militant lawmaker on Tuesday as he slammed the railroading of the bill proposed at Congress.

“The proposed ID system will contain a person’s genetic record, which is highly sensitive personal information, hence, it will be a tool of discrimination and threatening one’s right to privacy, safety and security,” Anakpawis Partylist Rep. Ariel Casilao said.

Casilao branded the proposed legislative measure under House Bill No. 6221 as “anti-poor, an instrument of discrimination.”

Once Congress passed the proposed bill into law, an estimated 105 million Filipinos will receive a national ID which will contain personal information.

The “Filipino ID” card will also contain confidential information such as mobile number, passport number, social security and tax identification number, among others.

The integration of confidential information into the national ID prompted Casilao to question the government’s intent because the data can be used for “surveillance,” a violation of one’s right to privacy.

“The system will also be vulnerable to graft and corruption via selling of personal private information, hence, the people’s safety and security will be compromised,” Casilao said, citing a Transparency International Corruption Perceptions Index report which worsened from 85th to 101st from 2014 to 2017.

“While we are exerting all efforts to combat social discrimination, Congress is cooking up a major instrument for its proliferation, this could be used to depress wages, depriving of rendering of services, rights abuses and other forms of prejudice,” Casilao said.

The militant lawmaker who hails from Davao also warned that the system is a potential tool for rights abuses as it would take into record religious, philosophical and political affiliations.

“With the global uncovering of massive surveillance by the US gov’t, by a former CIA personnel himself, that even social media was subjected to, a comprehensive information system involving the whole population is a potential weapon to subject the people into subservience and even for counter-insurgency,” Casilao said.

The proposed national ID system seeks to provide only one ID in government all government transactions.

Proponents of the law argues that a national ID system will aid the government in delivering basic services swiftly.

Senator Franklin Drilon, who authored Senate Bill No. 15 or an “Act Establishing the Philippine Identification System,” assured the Senate’s version will protect the right to privacy, “as no person or entity, including state enforcement agencies, may publish or spread anyone’s data in the ID system, except when the owner expressly consents, or in case of an accident.” (davaotoday.com)