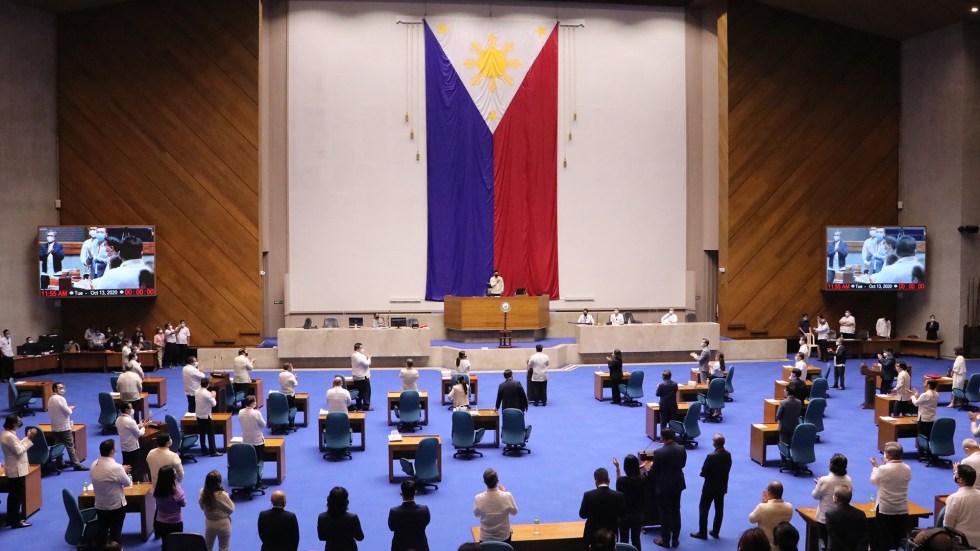 Photo from the House of Representatives of the Philippines’ Facebook page

DAVAO CITY, Philippines – The tussle over the leadership of the House of Representatives drew criticisms from a netizen and the opposition for the way pro-administration factions prioritized politics over people’s concerns in the pandemic.

The speakership row between Taguig-Pateros Representative Alan Peter Cayetano and Marinduque Rep. Lord Allan Velasco was a drama for the past two weeks that dragged President Rodrigo Duterte to hold a dialogue to remind them of their previous agreement of term sharing as speakers.

Cayetano defied the agreement by suspending sessions on the 2021 national budget deliberations last week, forcing pro-Velasco representatives to hold a session on Monday outside Congress that voted to vacate the House speakership and elect Velasco to the position.

While Velasco’s allies applaud, the independent opposition Makabayan bloc said the people are on the losing side of the speakership row.

“The people don’t care which camp between Duterte’s warring allies have won. When it is the President pulling the strings—the kind of a president that proposes huge budget cuts on programs for health, education, social welfare, housing, and other basic services—it is the Filipino people who get to be the losers in this war,” said ACT Teachers Party-list Rep. France Castro.

House Deputy Minority leader and Bayan Muna Rep. Carlos Isagani Zarate called on newly elected Speaker Velasco to immediately buckle down to work in the budget deliberations and scrutinize the appropriations needed to address the needs of the Filipinos.

With a new leadership, the House resumed its plenary deliberations on the proposed 2021 national budget on Tuesday.

Netizen Christian Espinosa, a former faculty of Assumption College of Davao, described the speakership row as a “rigodon of forces from political dynasties fighting over direct control of state budget for their personal and political enterprise.”

Espinosa said the Constitution called for separation of powers between the three government branches for check and balances. “But in practice, the executive exercises direct influence on Congress which creates laws, including the deliberation and approval of the national budget.

“The president’s direct involvement from the start unmasks the myth that the Congress is an independent body,” he said.

“Partisan and patronage politics which characterize PH politics and governance pave [the] way for a compromise exchange. The president is leveraging on his political capital to strike such a deal with House leadership. But this is not just unilateral; meaning, that the legislators are direct, conscious participants in this (traditional) practice,” he added.

Espinosa stressed that representatives are supposed to carry the voices of their constituents, legislating effective pandemic responses that directly benefit the people, such as free mass testing.

“But instead of legislating effective pandemic response that directly benefit the people, [such as] free mass testing, they are bickering who will corner the most crucial leadership and committee posts, obviously, as a capital for the 2022 elections, if at all there will still be elections by then,” he said. (davaotoday.com)