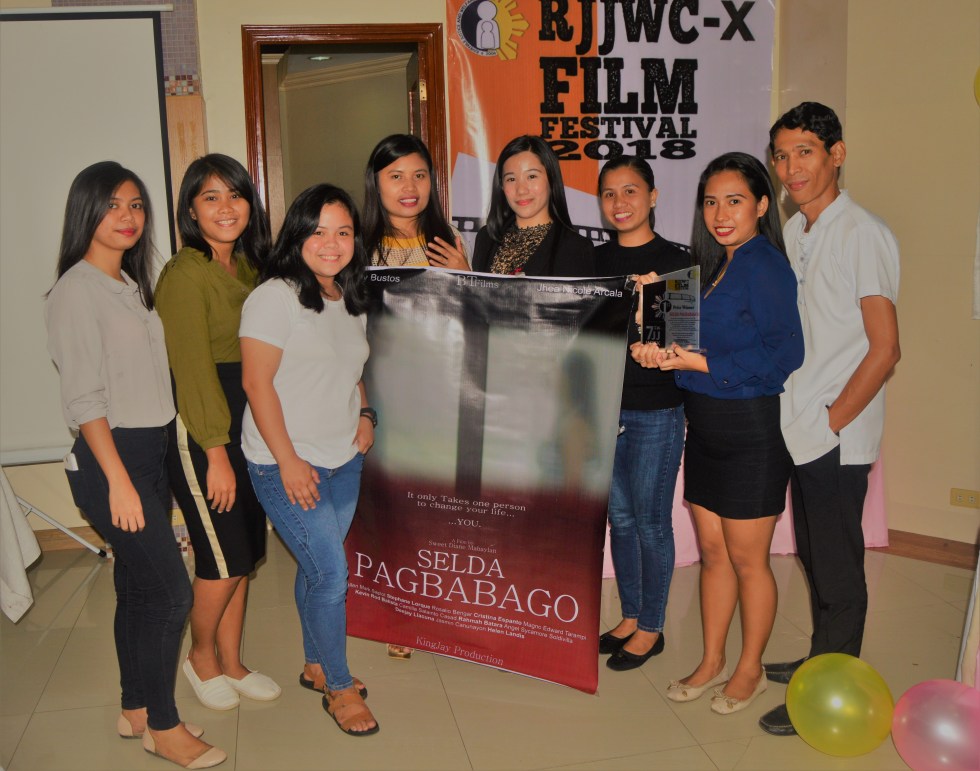 The students from Lourdes College bested two other entries in the short film competition, under the student category, with their “Selda Pagbabago,” a story about a teenager named “Loloy” who committed a series of wrongdoings after seeing her mother cavorting with her lover inside their home.

The young man’s life took a turn for the worst when he found friends who introduced him to crime and drugs.

Loloy, however, was able to reform himself through the intervention of concerned individuals, including his parent, a psychologist, and the barangay chairperson.

The film’s director, Sweet Diane Mabaylan, 19, a third year Social Work student at Lourdes College, said “Selda Pagbabago” shows that a young person has a huge chance of becoming a better person not by imprisoning him but by helping him turn his life around.

“Jail is not the solution to transform an erring youth but through proper education,” Mabaylan said.

The film festival was in line with the 7th Juvenile Justice and Welfare Consciousness Week and Children’s Month celebration, which was spearheaded by the Department of Social Welfare and Development (DSWD) with the coordination of the Department of Justice, local government units, and nongovernmental organizations.

For the professional category, the only entry was “Pagbabago,” produced by the Regional Rehabilitation Center for Youth (RRCY) in Gingoog City.

According to Shaun Alejandre Uy, DSWD-10 social marketing officer, they are planning on showing the films to various schools and institutions in support of the agency’s #JailNoChild advocacy and to oppose the proposal of top government officials to lower the minimum age of criminal responsibility. (davaotoday.com)