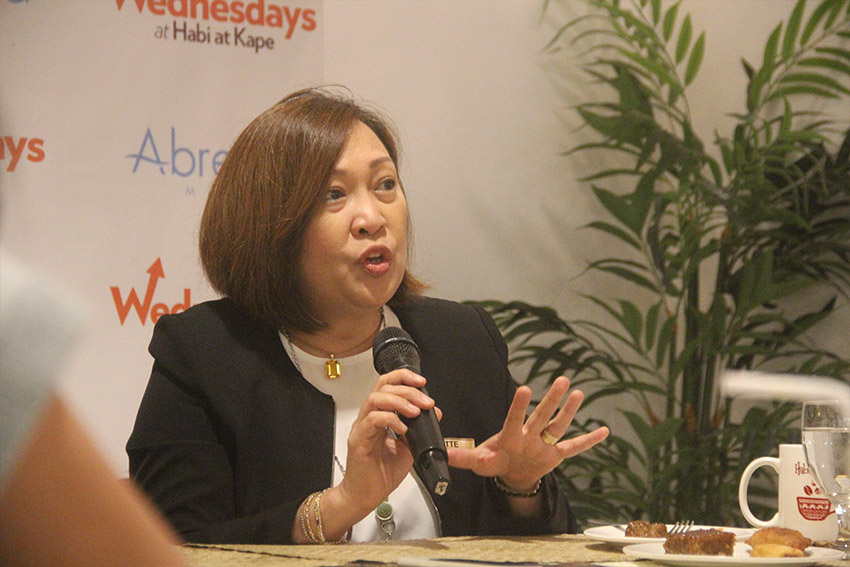 PRIORITIZING AGRICULTURE. Charlotte Conde, vice president of the Land Bank of the Philippines says Wednesday, Mar. 15 that ​the bank ​​will increase ​i​t​s loan portfolio for agriculture in the region from P12 billion last year to P14 billion this year prioritizing small and medium enterprises, and small farmers and fisher folks.(Earl O. Condeza/davaotoday.com)

DAVAO CITY, Philippines – An official of Land Bank of the Philippines said Wednesday that farmers considered as Agrarian Reform Beneficiaries (ARBs) will be prioritized in terms of lending them a financial assistance.

“Normally, the land given to them (farmers) were without crop to till. We can provide them based on their need and suitability of the area in terms of what crop is suitable,” Charlotte Conde, vice president of LBP said.

Conde, who also heads of LBP’s lending operations in Davao Region, said that financial assistance to the ARBs work both ways, meaning the farmer identified to be a beneficiary would seek assistance to the LBP and the LBP would do its part.

“Once they are identified as ARBs, automatically, the bank will provide them financial assistance,” Conde said.

He said the ​ LBP helped brokered negotiation with the cooperatives in its land dispute with Lapanday Foods Incorporated. The state-owned bank also asked the cooperative if it was still interested in the company as its buyer.

“As of now the intervention the L​and  B​ank is really to bring together on the negotiation table buyer nila which is Lapanday,” Conde said.

“Right now, negotiation is being done with both cooperatives and Lapanday and hopefully with another buyer if there would be an interested buyer that would enter contract with them,” Conde added.

In 2016, Conde said the LBP already lend a total amount of  P​12 billion in the Davao Region serving 780 customers.

This year, the LBP lending operations would target to increase their portfolio with an additional of  P2 ​billion,  for a total of P14 billion.

The loan portfolio for the SMEs,​ which was P300 million, would also be increased this year to  P​400 million.

“For the agriculture, the expansion of our lending operations to small farmers and fishers would be  P450 million,” Conde said.

With increasing clients in the agriculture sector, Conde said they would open a lending center in Tagum  City in Davao del Norte. This would increase their target loan portfolio P500 million this year. (davaotoday.com)