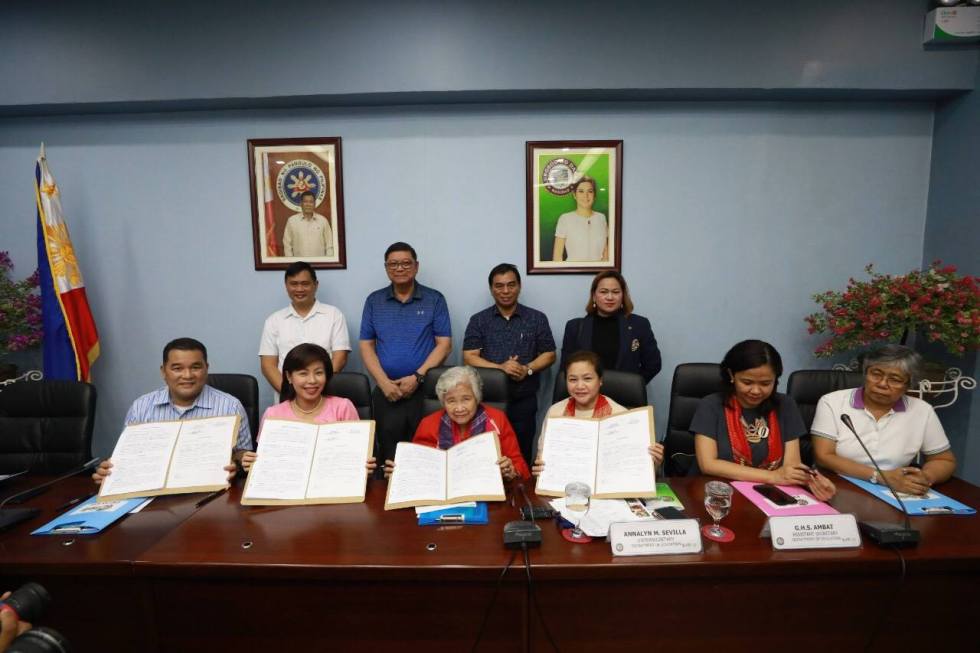 The Department of Education (DepEd) along with the City Government of Davao sign a memorandum of agreement (MOA) for the conduct of the Palarong Pambansa 2019 at the Davao City Hall on Monday, April 8. The annual sports event will be hosted by Davao City at the end of this month. (Photo from DepEd’s Facebook page)

DAVAO CITY, Philippines – The City Government of Davao has inked a partnership with the Department of Education (DepEd) relative to the hosting of the Palarong Pambansa 2019 set on April 27-May 4, 2019.

In the press conference that followed, Briones said the major considerations in choosing the city as this year’s host of the national sports event for students include the availability of sports facilities, billeting quarters available, and the commitment of the city government.

“Davao is very easy to reach wherever of the country you are. We will have a point system to measure the technical aspects but what is more important for us is the commitment of the local government,” Briones said.

Briones also signified to check personally the on-going finishing touches done at the Davao City-University of the Philippines (DC-UP) Sports Complex, the main venue of the upcoming Palarong Pambansa 2019.

In the same press conference, Lopez said the groundwork and completion of structures at the DC-UP Sports Complex will be completed before the opening of the sporting event.

“According to the project manager Atty. Lawrence Bantiding, everything is on track. We are just putting the bleachers around the area. The warm-up pool and the pool itself are already there. Just some finishing touches and we are ready,” Lopez said.

Organizers are expecting around 15, 000 athletes to join the national games. Davao City will expect more than 30,000 tourist arrivals in the span of the Palarong Pambansa as parents, the private sectors, and alumni associations of various schools in the country will be coming in to witness the event.

According to Lopez, it has been 69 years after the city hosted a national sports event with the Bureau of Public Schools Inter-Scholastic Athletic Association meet in 1950. (davaotoday.com)