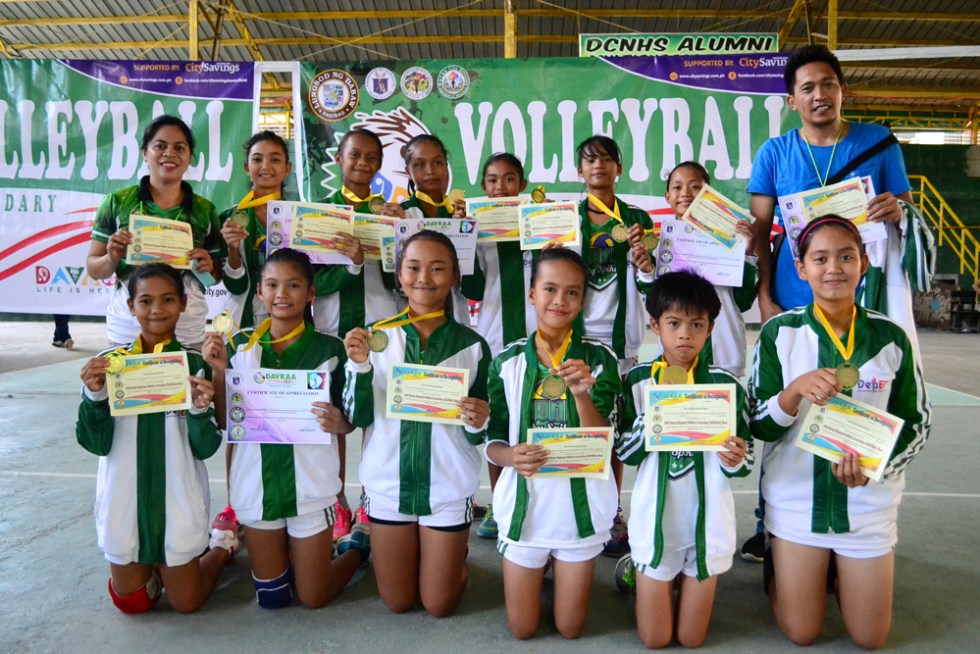 The Pioneers once again proved their supremacy in the volleyball court by sweeping all their opponents including the much bigger rival Davao City Durians in the finals match at the Davao City National High School Alumni Multipurpose Hall.

The Durians’ home court advantage was trashed by the young athletes who hail mostly from Sto Niño Elementary School in Talaingod town.

Cara Xia Xyra Dayanan, team captain of DavNor Pioneers said the defeaning cheers from the fans of the opposing team did not at all affect them and pointed that they all focused on winning the game.

The Pioneers was on fire during the first set to cap it with a huge margin, 25-16, but Davao City made an impressive comeback in the second scoring 25-18.

In the last set, young spikers from DavNor strengthened it’s attacks and defense making sure that the Dabawenyos won’t be able to keep up with the score. Pioneers’ Trisha Mabel Escote’s service aces even made it hard for the Davao City Durians to seize the lead while Dayanan hit the last spike to end the game 25-18.

Dayanan admitted that she and her team felt nervous seeing taller and bigger rivals but she emphasized that she did not let it bother her team.

“We felt nervous. We thought we could not make it. But I always tell my team to just keep on scoring and we can do it,” Dayanan said in vernacular.

Dayanan, who was hailed as Most Valuable Player and best spiker in the said category will be making her second appearance in the Palarong Pambansa in Vigan this April.

“I’m very happy. We’ll do our best in the Palaro,” she said.

“The kids really have strong determination to win,” Fortuna said.