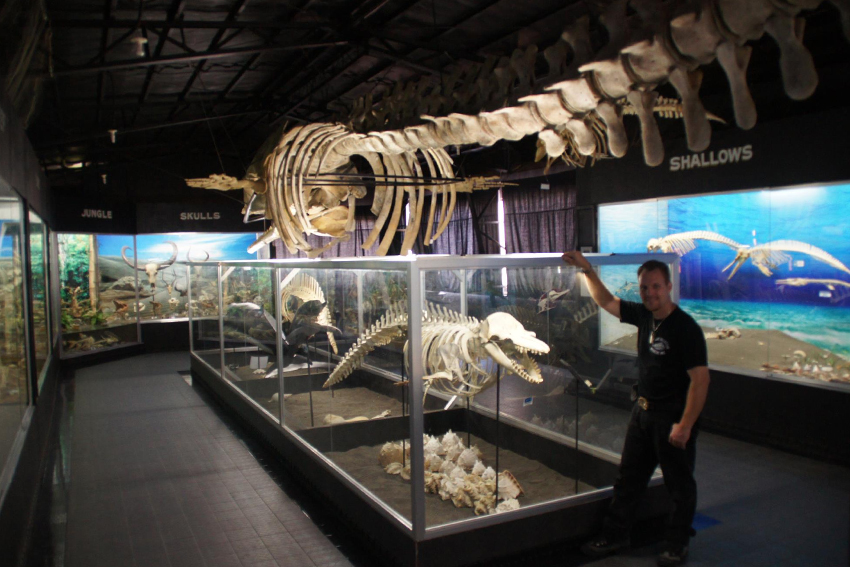 DAVAO CITY, Philippines — The D’ Bone Collector museum put up by an American here in the city was among the top five special interest museums in the country during the first Philippine Tourism Industry Awards held in Manila on November 7.

The museum was included in the finalists under the category of the Best in Special Interest Museum chosen by tourism associations including online votes from netizens. The awards night was held at the Okada Manila Hotel in Pasay City.

Darrell Blatchley, owner of D’ Bone Collector Museum described his experience as “humbling” after he was recognized by the City Council for bringing feat to the city.

“It’s not only an honor but makes us want to do even better,” Blatchley said in an interview on Tuesday, November 14.

The museum, located in a property owned by the Family Circus Children’s Ministry, in Barangay 76-A Bucana was put up in January 2012 and currently houses around 3,000 specimens.

Blatchley, who was conferred with the prestigious Datu Bago Awards in 2015 for his advocacy for the environment, said the museum is under renovation as they plan to add another 3,000 sets of specimens. The museum has been closed from September this year and will open again on January next year.

“The museum continues to expand and we continue to make it better to raise awareness and to promote responsibility among the Filipinos to take care of the environment,” he said.

This year’s winners of the Best History Museum are the Metropolitan Museum in Manila and the Best Special Interest Museum was awarded to Art in Island in Cubao. (With reports from Robby Joy D. Salveron/davaotoday.com)