CEBU, Philippines – She was only eight when she started helping her father make ends meet for the family. Now 12, she still works alongside adults in Bantayan Island.

Shiela, the third child in a brood of eight, grew up in this coastal community. At a young age, she was compelled to work in the neighbourhood, preparing nets for the fishermen. If she’ll just enjoy her rights as a child, as any child should do in her age, they would die in hunger.

She needed to help her family. And in Bantayan Island, children like her make a living by knitting the fishnets, be a tour guide, and do other odd jobs. 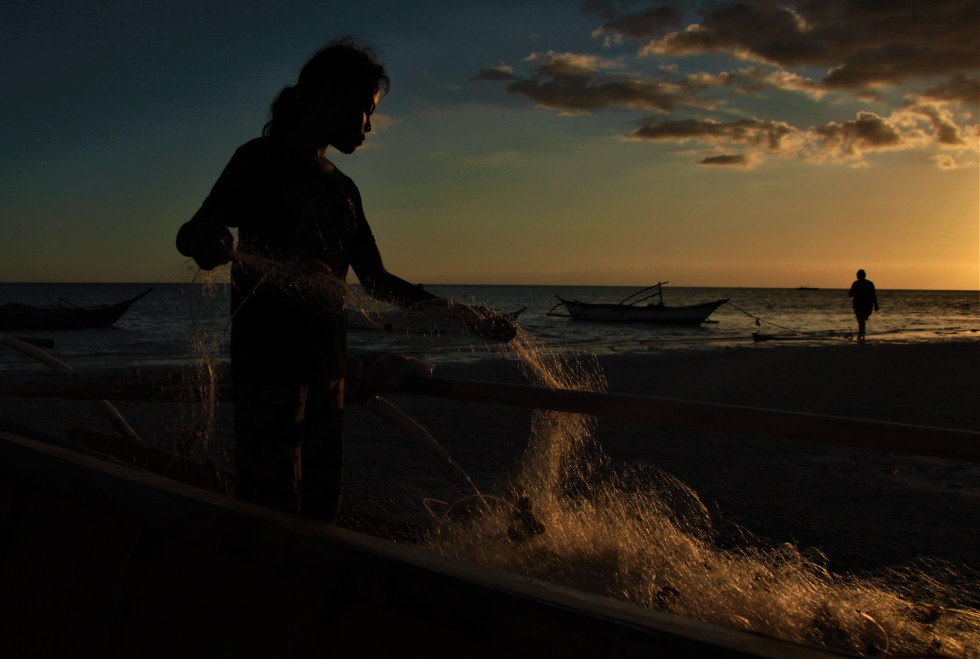 Sheila carefully inspects the net while there is sunlight. She needed to ensure the nets have no damage before the fishermen sail to the ocean at dawn. (Kath Cortez/davaotoday.com)

As Shiela goes through her day, the International Labour Organization (ILO) noted 218 million children in the world, aged between 5 and 17, who are working. Of this total number, 152 million are victims of child labor with 73 million of them working in hazardous environment.

The data also noted one of every five working children (22.5%) was employed as service worker and shop and market sales worker while others were hired as farmers, forestry workers, fishermen (5.2%), and trades and related workers (2.6%). On the other hand, the share of working children employed as service workers and shop and market sales workers expanded from 12.9% in 2007 to 22.5% in 2017.

It was also noted there is a decreasing number of working children employed as laborers and unskilled workers from 75% in 2007 to 65.8% in 2017.

However, PSA also admitted the lack of existing surveys to update the data on child labor in the country.

“To date, there are only three existing surveys conducted on working children in the country done in 1995, 2001 and 2011. Unfortunately, these surveys are still inadequate to capture the extent of child labor in the country,” the PSA said.

The agency is now adopting the ILO Resolution to Amend the 18th International Conference of Labour Statisticians (ICLS) Resolution Concerning Statistics of Child Labour during the 20th ICLS held last October 2018 that will “finalize the official definition of child labor applicable to the country’s existing set-up that will generate official estimates on child labor and statistics on working children.”

Four years ago, Sheila’s mother succumbed to lung complications leaving a seven-month-old baby. Her father needed to sell their small boat to pay the hospital bills and the interest of money they borrowed in a village loan shark called “5-6”.

Her father who never had a stable job had to do both fishing and carpentry. Meanwhile, Sheila and her siblings took turns to take care of their youngest.

It was rough times for their family. To lessen the burden, her two older sisters, aged 14 and 16, went to Cebu City and worked as house helpers with a monthly salary of P1,500 each. However, one of her siblings came back to the island early this year after she got pregnant while the other one now has a family of her own in the city.

“My sisters used to send us money every month but after they quit their jobs, our situation worsened. Sometimes we only ate once a day, only in the evening because we need to save the money to buy milk for my nephew,” Sheila lamented.

Sheila had to do the house chores every day. In the afternoon,she would ask the boat owners to let her knit the nets or clean up the dry leaves and plastics before they sail at dawn.

The task takes an hour or two, depending on the size of the fishnets and the volume of garbage. Sheila receives P50 to P80 a day, just enough for them to buy a kilo of rice for the family.

Shiela’s family doesn’t have the luxury to save for the future. They live from day to day.

On the island where opportunity is limited, they survived hand-to-mouth, without benefits like medical. 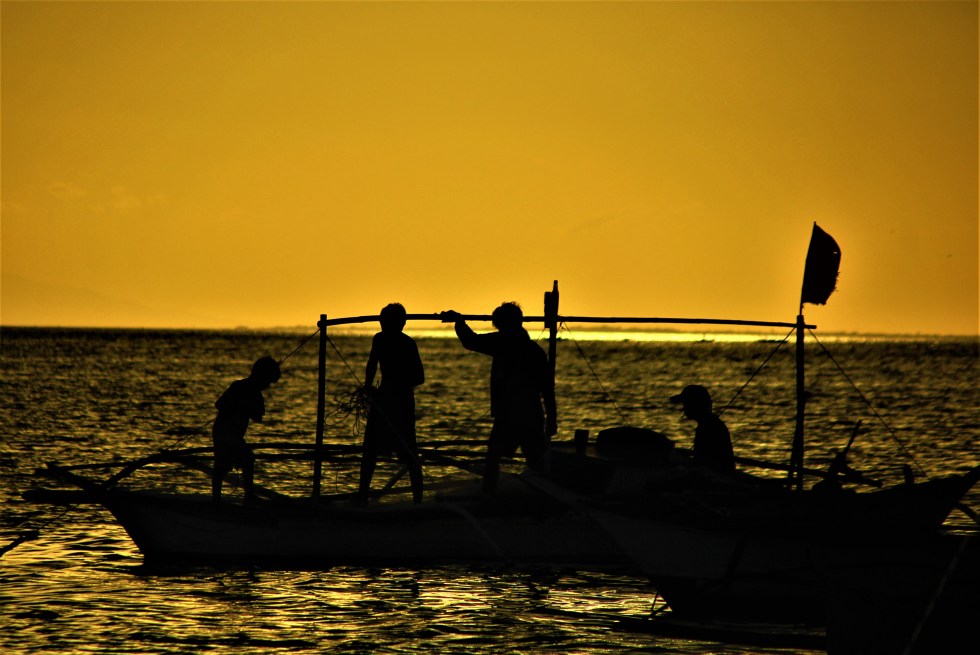 As the sun starts to rise, fishermen start sailing as they hope for a good catch from the seas of Bantayan. (Kath Cortez/davaotoday.com)

But Shiela’s situation didn’t deter her from dreaming. Growing up, she always wanted to become a doctor and work in a hospital.

She‘s only been once in a hospital, she recalled. It was to visit her sick mother in Cebu City and brought her some clothes. There, she was fascinated with the doctors who checked their patients and prescribed them medicines.

From then on, she imagines herself wearing a white medical robe and a stethoscope she calls “kwentas na Y” (Y-shaped necklace).

“I always wanted to become a doctor someday. They get to help a lot of sick people and earn money. Someday I’ll build my own hospital on the island and help sick people like my mother so that they will live longer,” with beaming eyes, Sheila hopes. (davaotoday.com)