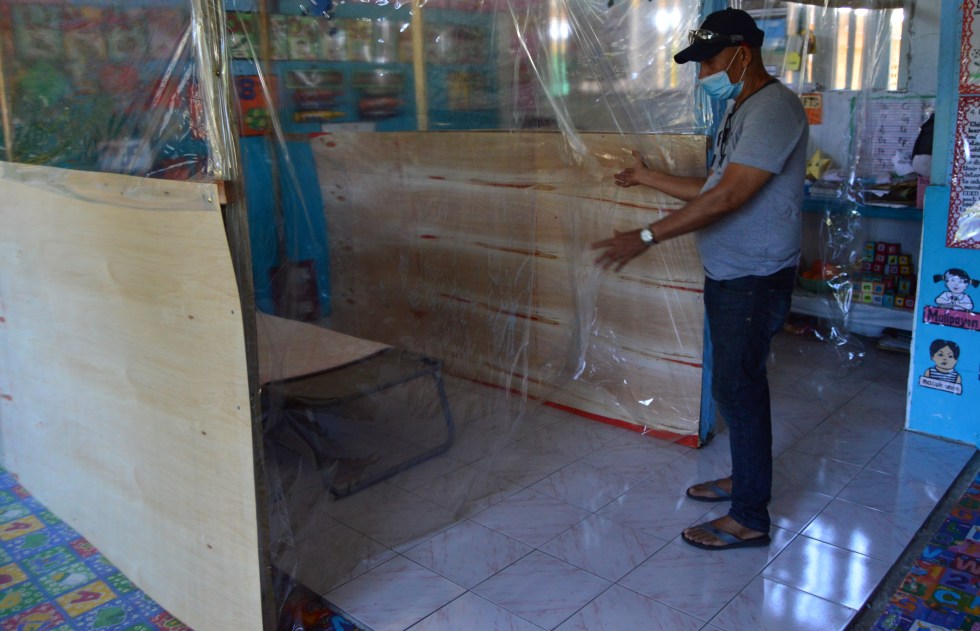 CAGAYAN DE ORO CITY, Philippines – An inadequate isolation facility is just one of the problems that greeted overseas Filipino workers (OFWs) returning as part of the government’s policy to repatriate them to their hometown.

One OFW, Jhonriel Gamba 25, a pipe fitter working in Jubail, Kingdom of Saudi Arabia, raised his complaint on his Facebook account when he arrived in his hometown in Barangay Mambayaan, Balingasag town, Misamis Oriental on Wednesday, May 27.

Gamba recounted that an ambulance from the Balingasag municipal government fetched him and took him to the barangay hall in Mambayaan where he was told to spend the night as part of the quarantine protocol.

OFWs and locally stranded individuals have been ordered not to go back to their homes upon arriving but to undergo a two-week quarantine.

But on his Facebook account, Gamba showed photos of the room where he was made to stay. It was an empty room filled with dust, cobwebs, and discarded carton boxes. He also said he saw cats and rats.

He berated the local government of Balingasag as “bastos” (rude) for putting him in that room after spending a month in quarantine in Luzon before returning to Mambayaan.

But on Friday, Gamba deleted the post after generating hate comments against him, and he later issued an apology.

In an interview with reporters, Gamba said he would not have complained if the room where he was brought was clean, and that he only complained out of stress and lack of sleep having arrived at Mambayaan at 11 pm.

The barangay chairman of Mambayan, Tomasito Gomez, admitted to media they did not prepare on time.

“I was not aware that one of the OFWs from our place is going home. I was informed by the municipal health office at around 8:30 in the evening that Gamba was arriving. We did not have time to prepare. I have to act quick,” Gomez explained.

The officials gave him a room in the barangay building since their isolation unit was not yet finished and they needed to give Gamba a temporary place to stay.

Gomez said the room, located on the second floor of the building where a covered court and the barangay hall are housed, was used as the village council session hall.

“We didn’t intend that room as our isolation unit. It was only temporary,” he said, adding that the barangay day care center was converted into a quarantine facility.

“We have two types of quarantine facilities, barangay and municipal. OFWs are first brought the barangay facility upon arriving,” Quina said.

He said each of the town’s 30 barangays have their own isolation units, and that the municipal quarantine will only be used if the OFW has manifested symptoms similar to the coronavirus disease (COVID-19).

But Gamba said he would now prefer to finish his quarantine at home after receiving hate comments for his post.

“I would prefer to finish my quarantine at home. I cannot be comfortable to stay at the isolation facility knowing that someone might harm me there,” he said.

Gamba also showed reporters a copy of his quarantine certificate that he has teste negative for COVID-19 signed by the Bureau of the Quarantine and the Philippine Coast Guard in Manila City dated May 26. (davaotoday.com)