Stakeholders converge to save falling mango industry in PHL 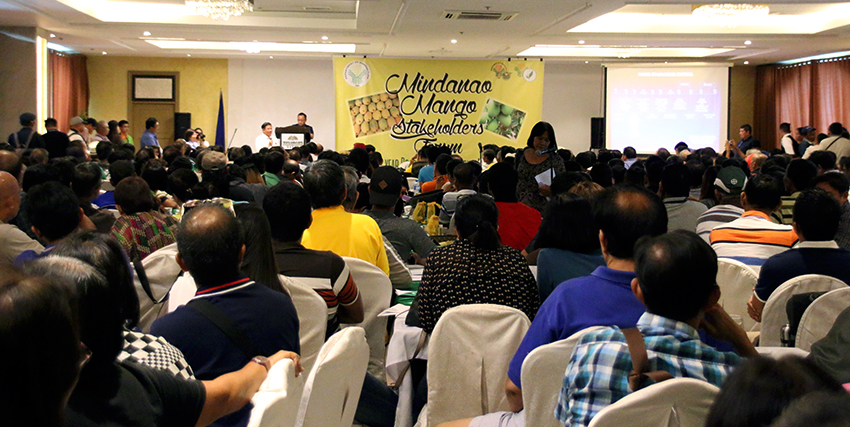 STAKEHOLDERS’ GATHERING. More than 600 stakeholders from various parts of Mindanao converged in a one-day forum at the Mandaya Hotel in Davao City on Wednesday, Aug. 2 to participate in the drafting of the 5-year roadmap to save the dwindling mango industry in the Philippines. (Alex d. Lopez/davaotoday.com)

DAVAO CITY, Philippines – More than 600 planters, growers, businessmen and other mango industry stakeholders from various parts of Mindanao gathered in a one-day consultation at the Grand Mandaya Hotel here on Wednesday.

Dubbed as “Mindanao Mango Stakeholders’ Forum”, the gathering aimed to draft the five​-year roadmap for the development of the mango industry in the country.

The forum was graced by A​griculture ​S​ecretary Emmanuel Piñol who expressed optimism on the revival of the country’s mango industry.

“Napakalaki ng opportunities na nawala dahil napabayaan ang mango industry (A big opportunity was lost because the mango industry was neglected),​” Piñol told reporters in an interview after he delivered his message to the participants.

He said the agriculture department is currently facilitating a series of consultations nationwide to save the mango industry.

There will be four major consultations the DA will conduct in strategic areas in the Philippines, he added.

“We are conducting four nationwide consultations so we will be able to come up with a clear picture of what we should do, to rehab, revive and reinvigorate the mango industry of the country,” he told reporters.

The decrease in the production of mango from 2006 to 2016 was also presented during the forum.

Data also presented a slight increase in the number of hectares planted to mango in the country was also noted during the same period – from 171,710 hectares in 2006 to 187,839 hectares in 2016.

“Once our mango industry thrived, but for a while nakaligtaan natin ​(we neglected it) ​so we are going back to the basic​.​ ​A​no ba ang pwede nating gawin para buhayin muli ang isang industriya na napakalaki ng advantage natin​ (What should we do to revive the industry that we have a big advantage)​,” the secretary said. 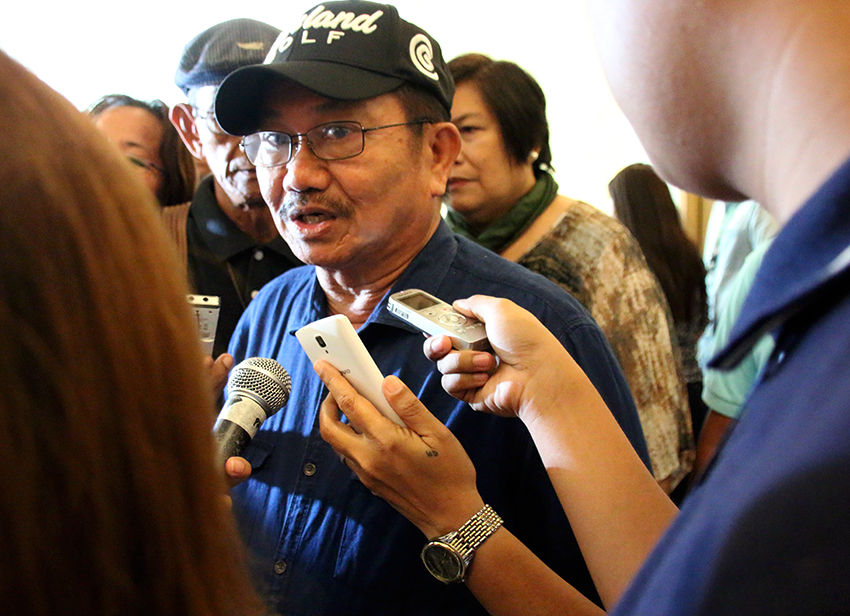 OPTIMISTIC – Agriculture Secretary Emmanuel Piñol expresses optimism that the nationwide consultations will allow the Department of Agriculture to draw interventions to save the falling mango industry in the country, as he graced the gathering of more than 600 stakeholders from Mindanao in a forum at the Mandaya Hotel in Davao City on Wednesday, Aug. 2. (Alex D. Lopez/davaotoday.com)

Piñol said they are also gathering recommendations from the stakeholders especially on their role in reviving the country’s mango industry.

Pressing issues and concerns from stakeholders were also raised, that include the critical conditions of mango trees due to the absence or lack of basal fertilization, pruning, and other management practices.

Participants also looked at the effects of climate change to the country’s mango industry and cases of severe pest infestations, as well as the problem of high costs of inputs and very low farm prices during production spikes or surplus, was also ventilated by the stakeholders.

Stakeholders tackled the lack of production capital as one of the factors that contributed to the decrease of mango production in the Philippines.

“Part of the forum is to know the problems. I’ve heard a lot of problems today and we hope that by the end of these consultations, we will know what support we can provide to the industry and the stakeholders,” Piñol said, as he took note that the Philippines produces the best and sweetest mango in the world.

“You talk to anybody and they will tell you that the best mango in the world is the Philippine mango,” he said.

Piñol pointed out that the government and the stakeholders failed to take advantage of the distinct feature of Philippine mango that is being sought by buyers in the local and international markets. (davaotoday.com)