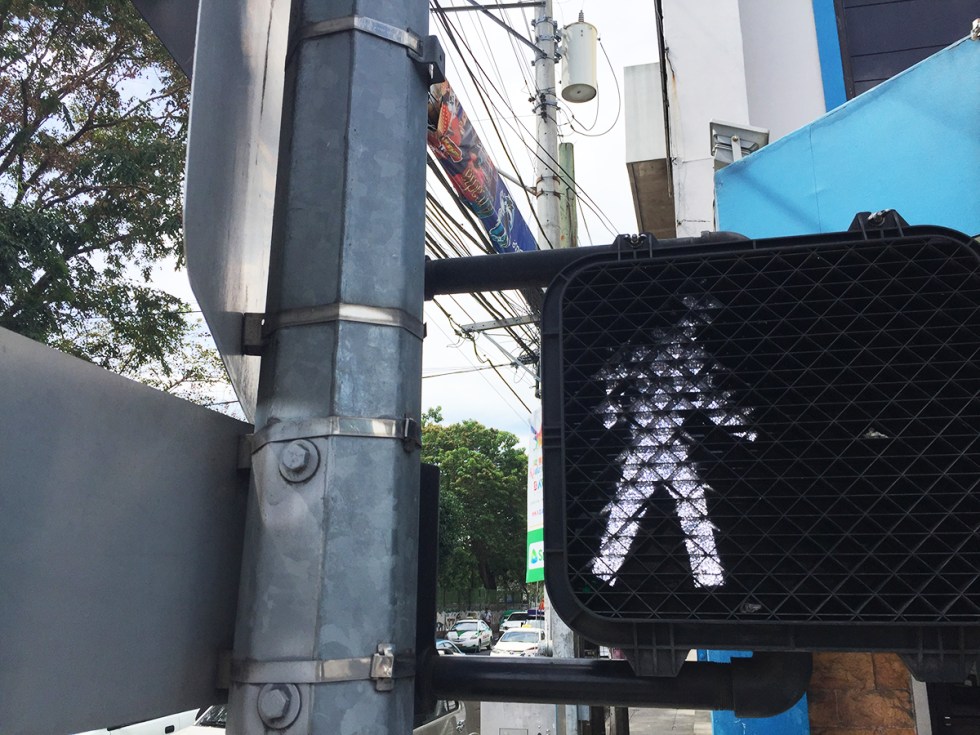 WALK SIGN. Under the city’s Comprehensive Transport and Traffic Code, pedestrians disregarding the traffic signal devices are to be apprehended for jaywalking, unless the lights are defective. (Mick Basa / davaotoday.com)

DAVAO CITY, Philippines –The City Transportation and Traffic Management Office (CTTMO) said it will relax its rules against jaywalking for pedestrians passing on footways with defective signal lights.

Dionesio Abude, CTTMO chief, said pedestrians walking on these lanes should not worry because they will not be issued citation tickets.

Under the city’s Comprehensive Transport and Traffic Code, pedestrians disregarding the traffic signal devices are to be apprehended for jaywalking. First-time offenders are charged P100 and will render a mandatory community service.

Pedestrians are only to cross when the walk sign is flashing.

But recently, the CTTMO said there has been traffic lights reported to be defective at the following areas: Davao International Airport, Quirino-Duterte streets, Bacaca Road, and McArthur Highway corner Tulip Drive.

“We will be lenient on them because our signals are problematic,” Dionesio said in a radio interview on Friday, September 29.

The traffic lights, according to Abude, were shut down due to power supply problems caused by ongoing road and drainage constructions nearby.