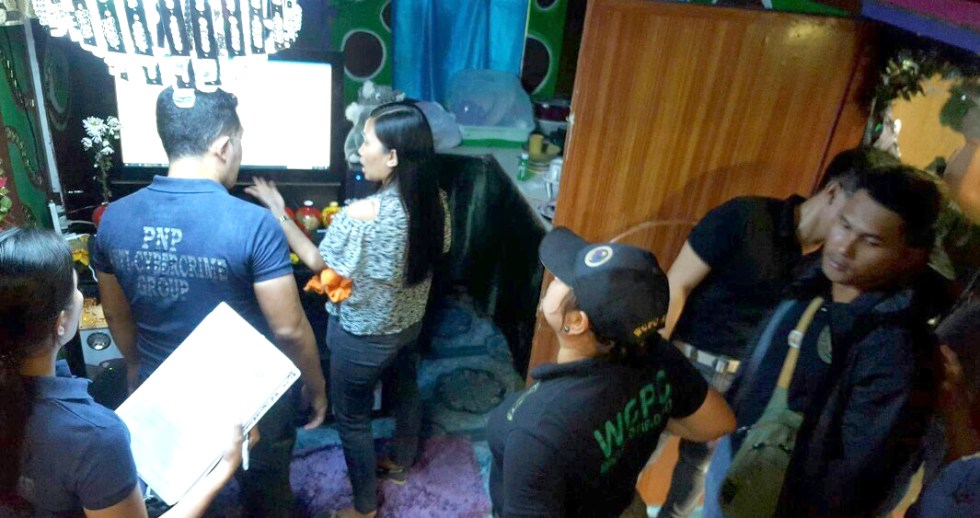 The discovery came when authorities carried out an operation that arrested Angelo Villaver, 27, and Jezel Rible, 26, in Purok Bautista in Barangay Tubod on Monday, November 13.

Police Superintendent Christine Tan, officer-in-charge of the Women and Children Protection Center – Mindanao Field Unit of the Philippine National Police, said the suspects were arrested after authorities were informed that they were allegedly involved in “illegal activities.”

During the operation, Tan said the suspects were caught instructing their 6-year-old daughter and their 2-year-old niece to stand before the webcam – without clothes.

“They were asked to strip their clothes off while posing in front of the web camera,” she said.

According to Tan, the suspects were paid by their foreign clients at around 2,500 to 5,000 pesos per show.

A police officer of the Iligan City Police Office who requested anonymity said the suspects allegedly promised their 6-year-old daughter P100 if she cooperates in the “live streaming.”

“But when we asked her whether she received the money, she said what she only got was P20,” said the police officer.

Both Villaver and Rible denied the allegations, saying they would never do so especially to their own child.

Instead, Villaver said they were only asking the children to dress up using clothes sent to them by a “foreigner” who became his online contact through another friend.

“They just want the kids to try the clothes on. So the foreigner asked if he can take a peek while they weere doing it. That’s the only thing that happened,” he said.

The parents will also be investigated, said Tan.

Meanwhile, the minors were turned-over to the city’s Youth Hiding Center for temporary custody and evaluation while the suspects were detained at Iligan City Police Station 4. (Divina Suson / davaotoday.com)