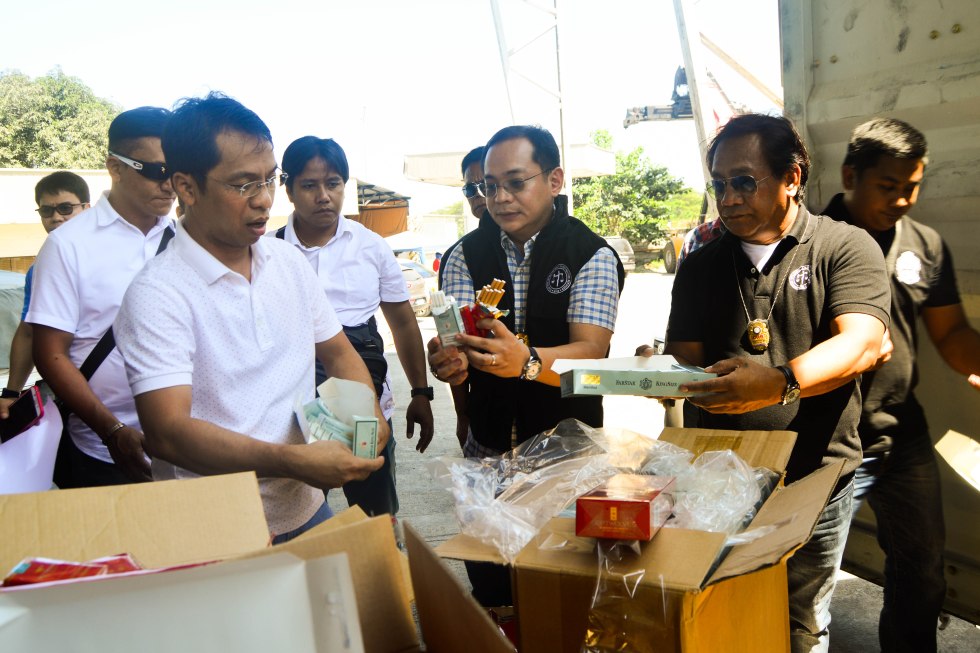 CAGAYAN DE ORO CITY, Philippines – The Bureau of Customs in Northern Mindanao (BOC-10) is optimistic in attaining its P13-billion collection target for this year as it stepped up its efforts to tax shipments of importers and exporters in the region.

From January to October, BOC-10 was able to collect more than P10 billion, said BOC-10 Collector Jamail Marohomsalic in an interview.

He said their original target was P12 billion, but Customs Commissioner Isidro Lapeña has added a billion more to BOC-10’s collection goal for this year.

Despite the additional P1 billion, Marohomsalic said they can still achieve its 2017 target.

“I think we can maintain our status as long as our stakeholders (importers and exporters) declare their shipment properly and pay the right taxes,” Marohomsalic said.

The earnings of the BOC-10 will form part of the overall income of the bureau, which has reached more than P42 billion in October, according to the Customs.

In an article posted on its website, Lapeña was quoted as saying the Customs achieved “the highest monthly collection in the agency’s history.”

“Although the month of October was marked with lesser number of working days and volume of imports, growth was still achieved because of increase in the value of imports brought by the higher exchange rate, oil price, and improved valuation and classification,” the Commissioner said in the article.

Aside from its traditional collection efforts, the BOC-10 has also earned extra income through auction of good seized due to failure of importers to comply with the Customs requirements.

Marvin Mison, Deputy Collector for Assessment and auction committee vice chairman, said they were able to generate about P2.5 million from the auctioned items. The auction was held last Nov. 2.

Mison said another round of auction will be conducted on Nov. 24 and he expects more bidders will participate. He said the sales from the auctioned shipment have helped BOC-10 in its collection efforts.

Alvin Enciso, chief of the BOC-10’s Customs Intelligence and Investigation Service (CIIS), said there about 100 container vans that were confiscated by the agency still awaiting inventory.

Once the goods inside these containers are accounted for, they can now be auctioned off, Enciso said.

“This auction is just the start,” he said, “There are around 100 more containers for auction. We have yet to finish the inventory.”

He added conducting an inventory on the seized items would take some time but they are fast-tracking the cataloging of the imported goods.

Meanwhile, fuel companies, power producers and food processing facilities were among the entities given recognition by BOC-10 for helping the agency in its collection of taxes and duties over the years.

Marohomsalic said they have cited the top 10 exporters and importers who have transactions in the region’s various seaports.

Nestlé paid the Customs a total of P1.199 billion in duties and taxes, while Jetti paid a total of P1.016 billion. They are two of the highest payers.

Many of them shipped and received their products to and from other countries at the Mindanao Container Terminal sub-port in Tagoloan, Misamis Oriental.

Marohomsalic said these companies have contributed to the increase of their collection.

“We are giving importance to their help to the government through due payment of their taxes and duties,” he said.

The recognition was held at the BOC-10 district office on Monday. During the ceremony, about 40 BOC-10 employees were also given the loyalty award for the length of service they have rendered.

He said these importers and exporters have been complying with the Customs regulations and have been properly declaring their goods making it easier for the government to collect tariff from them.(davatoday.com)