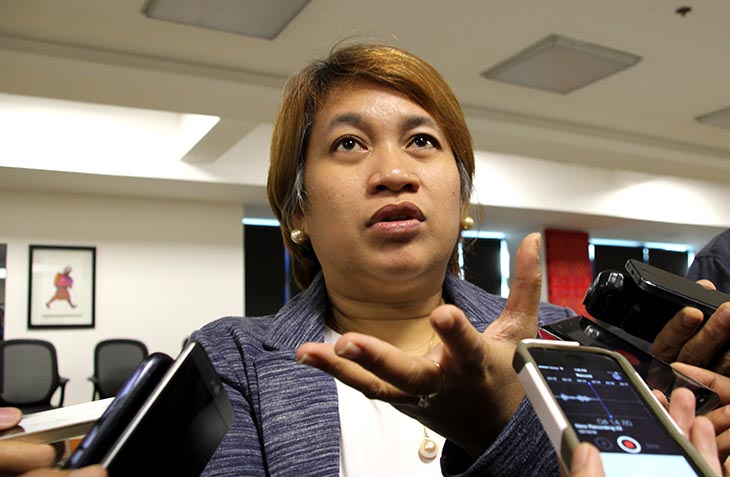 DAVAO CITY, Philippines – A government negotiator with the National Democratic Front of the Philippines said there are 21 political prisoners who already have clearances, 18 of whom are eligible for pardon.

Atty. Angela Librado-Trinidad said among the 21 political prisoners there are also four who are eligible for recognizance.

“They do not have pending cases in court so they can already apply (for recognizance),” she said during a press conference held at the Ateneo de Davao University on December 13.

Librado-Trinidad said there are 200 political prisoners who are on the process of clearing pending cases from different offices.

“For example, the NDF lawyers gave us a list and then we have to verify whether this list contain prisoners who are there and what documents do we need to secure,” she said.

She said that if a political prisoner is already for pardon, the prisoner needs certificates of finality that cases filed against him or her have been withdrawn.

“Or if there are appeals that have been made the have they withdrawn them already of whether the cerificate has been gotten,” she said.

She said it would be problematic if a prisoner applied for pardon but there are still pending cases filed against him.
“The reality is, a lot of them do not even know that there are a lot of cases pending in courts. We have to be sure that before they can be granted pardon, they are really eligible for pardon. These are the things that we really need to make sure of,” she said.

The judicial process was the reason cited by the government panel on the delay of the release of the prisoners.

However, Librado-Trinidad said she could not say whether 21 prisoners will be released on Christmas.

“Ultimately it is the President who will say it. We have submitted several lists but if the President will say that he will release everybody then that’s a good thing. But it’s his call,” she said.

Librado-Trinidad also reiterated that the obligation of the government panel based on the agreement in Oslo was to “recommend” for the release of the prisoners.

“It will not be us who will sign it, eventually it will be the President,” she said.

Duterte has made pronouncements that he will not release prisoners if the NDF will not sign a bilateral ceasefire agreement.

But Librado-Trinidad said they are confident that the president has not yet abandoned his position that he will release the prisoners.

She added that the release will have to be “in tranches”.

Meanwhile, Cristina Palabay, secretary general of human rights group Karapatan who is assisting on the cases of the political prisoners said they have not yet received any details on the names of the prisoners who will be released.

“We have not yet receive any official information from the GRP panel on who will be released,” Palabay told Davao Today in a phone interview on Thursday night.

Palabay said they are on-call and are waiting for official word on the releases.

“The (Office of the Presidential Adviser on the Peace Process) has told the prisoners in November that they will be freed, but so far there are no papers moving that we are aware of on the cases of those who are detained in the New Bilibid Prison which we are expecting,” she said.

Palabay said among other jails nationwide, political detainees in the NBP, Caloocan City Jail, and two prisoners in Cavite were told they will be released.

“We doubt if there will be releases on or before Christmas, but we are ready to make arrangements,” she said.

Nineteen NDFP consultants and staff have been temporarily released on bail in August 2016.

Karapatan Alliance for Human Rights said from July to December 2016, at least 21 political prisoners have been released on the merits of their legal defense and other remedies availed by human rights lawyers, families and human rights workers, independent of the peace process.

Peace and rights advocates demand for the immediate and unconditional release of at least 400 political which they say are “all of which are still incarcerated for trumped up charges.”(davaotoday.com)