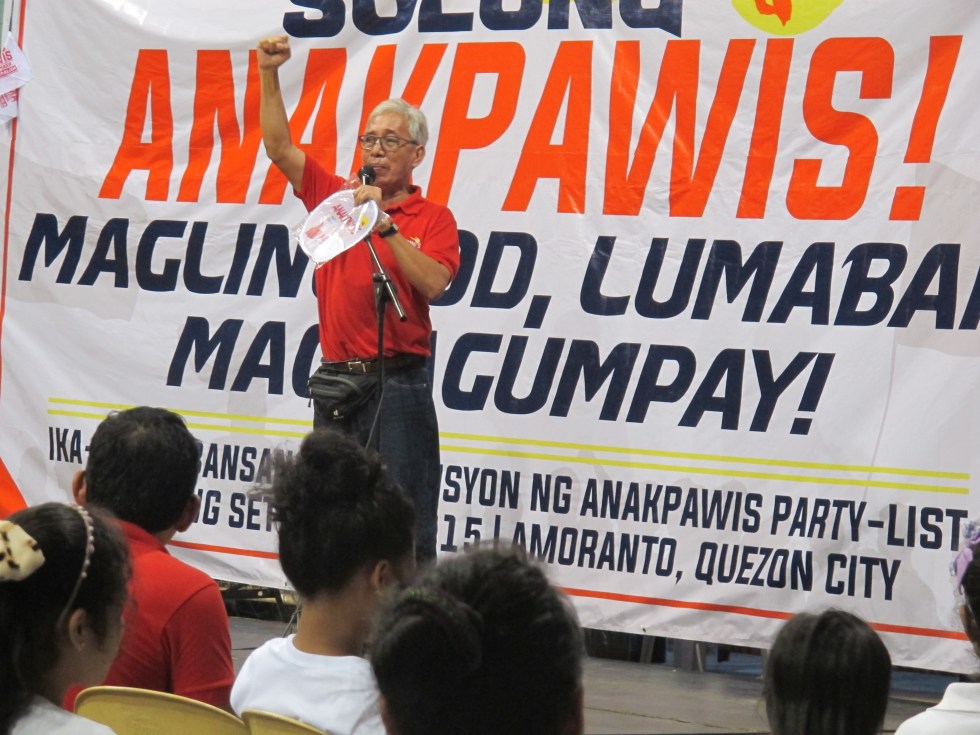 This photo release shows national chairperson of Anakpawis partylist and consultant to the peace talks Randall Echanis. He was killed past midnight, August 10, in his rented house in Novaliches. (Photo courtesy of Anakpawis)

DAVAO CITY, Philippines – Randall Echanis, national chairperson of the partylist Anakpawis and a consultant to the peace talks, was killed past midnight in his rented house in Novaliches, Quezon City on August 10, Monday.

Anakpawis confirmed in a statement that Echanis was killed along with a still unidentified neighbor.

A police report which Anakpawis obtained reported that witnesses saw five people entered Echanis’ rented house. The victims were found lifeless in the room, with Echanis having multiple stab wounds all over his body, while the other victim sustained a wound on his head.

Echanis was part of the crafting of the Genuine Agrarian Reform Bill (GARB) repeatedly filed in Congress by Anakpawis and allies in the Makabayan bloc since 2007. He was the third nominee for Anakpawis In the 2010 election.

He was a long-time consultant for the National Democratic Front on the peace talks, and was a member of the NDFP Reciprocal Working Committee on Socio-Economic Reforms since 2011.

Echanis was detained three times for his activism, under the Marcos dictatorship, and during the Aquino and Arroyo administrations.

“While the country is bearing the onslaught of the COVID-19 pandemic, state-backed mercenaries and death squads remain on the loose and wreaking havoc on activists and freedom fighters,” Mariano said.

Casilao said: “Our anger is beyond words. This is a culture of extrajudicial killings with impunity under the Duterte regime. This is a declaratory act that national leaders of legal-democratic movement are now targeted to be killed by the Duterte regime. The entire civil society, human rights advocates and freedom fighters must totally denounce this criminal act.”

Last January, Randy Malayao, also a consultant of the NDFP peace talks, was shot dead inside a passenger bus in Nueva Vizcaya. Other peace consultants were also rearrested after the collapse of the peace talks in 2017. (davaotoday.com)