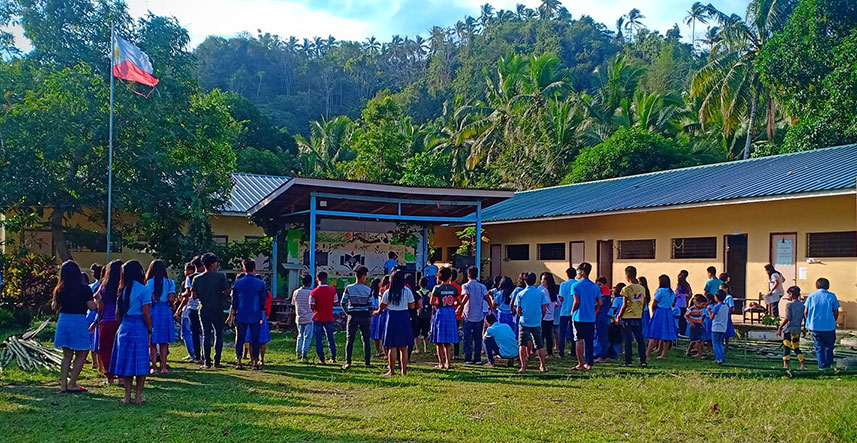 DAVAO CITY, Philippines — A community college in Davao de Oro which caters to Lumad and farmers reported that they are red-tagged by local officials and the military.

The Community Technical College of Southeastern Mindanao (CTCSM), a private-charity boarding school located in Maco, said on their Facebook page that parents of their students were “summoned” by local officials to a military camp in Mawab last Saturday, February 7, where they were warned not to enroll their children to the school.

The parents were told that the school is a “training ground for communist rebels”, this according to Noel Caso, coordinator of the Junior High section of the school, who received the information from the parents.

Caso added that the parents were called for a meeting on Monday with provincial officials to discuss a “rescue plan” to pull-out students from CTCSM.

Caso, who is a former CTCSM scholar and now serves as a volunteer teacher, belied the allegations.

On Wednesday, the school also reported that one unidentified motorcycle-riding man, was holding a list of names, and looking for one of their Grade 12 students.

Caso urged local officials to visit and know more about the school’s efforts to provide free education to Lumad students.

The CTCSM has been operating since 2013 offering grade school, junior and senior high school. Caso said they have more than 200 students coming from Lumad communities in different parts of Mindanao.

The move by officials to “rescue” the students comes more than a month after the Regional Peace and Order Council (RPOC) -11 sought to close the UCCP Haran sanctuary and “bakwit school” in Davao City for the Talaingod and Kapaolong Manobos. RPOC officials issued a similar allegation that the Lumad were coerced to go into Haran.

Several Lumad schools in Mindanao have been forcibly closed in the past three years after the military red-tagged these schools.

Bayan Muna Representative Eufemia Cullamat, a Manobo Lumad from Surigao del Sur, condemned the continuing attacks on Lumad schools in Mindanao saying the government’s red-tagging has deprived the Lumad children of their right to education. (davaotoday.com)