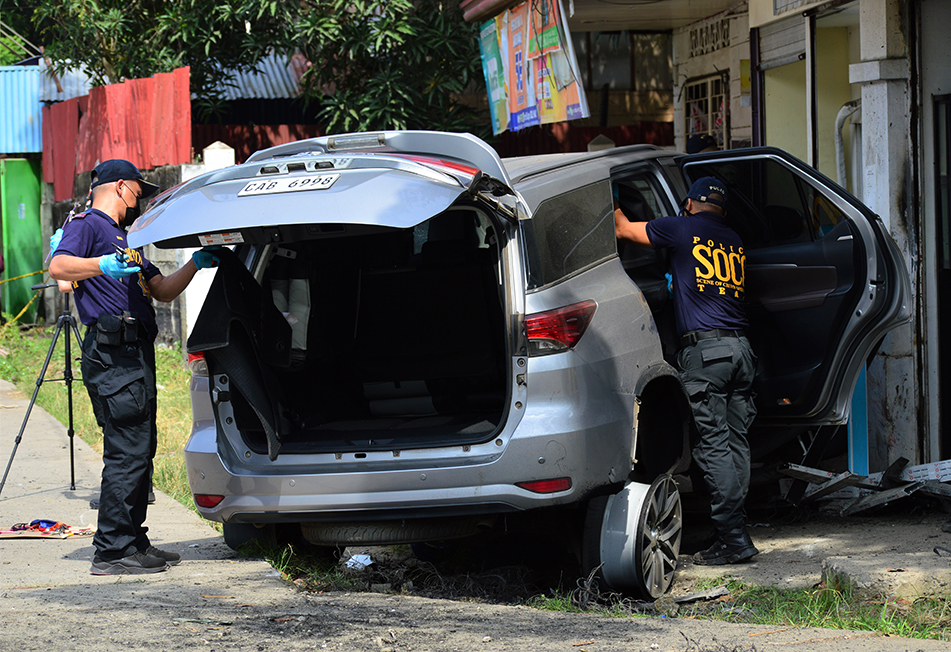 CAGAYAN DE ORO CITY – Groups of medical professionals from all over the country have condemned the shooting of Dr. Raul Winston Andutan by motorcycle-riding gunmen in broad daylight in Barangay Nazareth, this city, Thursday morning, December 2.

On its Facebook page, the Council for Health and Development said it “condemns in the strongest possible terms the senseless killing” of Andutan.

“He was known to his colleagues and patients as an excellent surgeon and a compassionate friend, father, and doctor,” the group added.

The Health Action for Human Rights also condemned the killing, saying “the death of Dr. Andutan confirms the continuing impunity in our country. We demand that perpetrators be arrested and punished.”

The group also cited the unsolved killings of several physicians in the country like Dr. Avelex Amor who was an alumni of Silliman University and served as the chief medical doctor of Canlaon District Hospital in Negros Oriental when he was gunned down along the highway in Guihulngan City also in Negros Oriental in November 2018.

For its part, the Phil. Urological Association (PUA) said, “The manner and gravity of this dastardly attack on one of our members mark a worrying escalation of violence. No cause can justify such brutality and senseless killing.”

“The perpetrators should be held to account and punished to the fullest extent of the law. We urge our law enforcement agencies to conduct a speedy and thorough investigation so that justice may be served,” the group added.

The killing of Andutan has become popular on social media and outpouring of grief on his grisly murder from his colleagues, patients, classmates, and friends has been steady.

They paid tribute to the doctor’s specialization that brought healing to his patients and his kindness.

Andutan’s classmate at the University of the Philippines in the Visayas (UPV) in Iloilo City couldn’t believe the doctor’s brutal death which he alluded to the climate of impunity in the country.

“We were classmates in BS Biology at UPV. Alas, the prevailing climate of impunity surrounding us today enables this despicable deed!”

Monsignor Rey Monsanto offered his prayers the eternal repose of the doctor’s should and for justice on Andutan’s murder. Monsanto said Andutan was the prostate doctor of most priests in Cagayan de Oro.

Another comment described the killing of Andutan as heartless and inhumane specially for a doctor who performed surgery even on patients who couldn’t afford the procedure.

“Whoever did this brutal killing must be put in jail. Justice must be served. Let us not allow this to happen again. This present government must act the soonest possible. Kapos, na nga tayo sa doktor, pinatay pa (We are even short of doctors, and yet he was killed)!”

The management of Maria Reyna Xavier University Hospital (MRXUH) is holding a nine-day novena for Andutan who was the hospital’s medical director.

Andutan, according to the hospital’s record, specialized in surgery and urology. He was also the former president of PUA and the Philippine Board of Urology.

Lt. Mirasol Capiña, Nazareth police deputy station commander, said the doctor succumbed to three gunshot wounds, one of which fatally hit him in the neck.

Of the six gunshots, three broke through and made holes on the car’s driver’s side window.

Capiña said Andutan was the only passenger of the Toyota Fortuner he was driving.

The victim died at the hospital while being attended to by physicians, she said.

It was likely, Capiña added, that Andutan was on his way to the MRXUH from his residence in Barangay Macasandig when he was waylaid by the attackers at the corner of 12th and 29th Streets in Nazareth.

“It’s possible that Dr. Andutan was being followed by the gunmen from his home and shot him on the way,” she said.

She said investigators are now trying to find out the motive for the doctor’s killing.

Capiña added a bystander was hit by the victim’s’ vehicle when it rammed into the frontage of a laundry shop after the doctor was shot.

The bystander, she said, broke a few ribs due to the impact of the crash.

A witness, who happened to be on the side of the road at the time of the shooting, said he first heard the first shot, but ignored it thinking a tire burst.

He paid no attention as there were vehicles coming and going at the time.

“I didn’t mind the first shot, but when three more shots were fired, that’s when I took notice. I ducked and hit the ground,” he said, adding that he also heard two more shots before the victim’s vehicle ground to a halt,” he said.

The witness added he only took a look when he heard no more gunshots.