Being a mother and at the same time working for advocacies for social justice is a tough balancing act. For them, they have to take on the challenge of what society expects of them as mothers of raising children but at the same time take part of advocacies that they believe could make the future a lot better for their families.

Davao Today interviews a labor organizer, a journalist and an advocate fighting with families who lost their relatives to extrajudicial killings, on their lives as mother and activist. 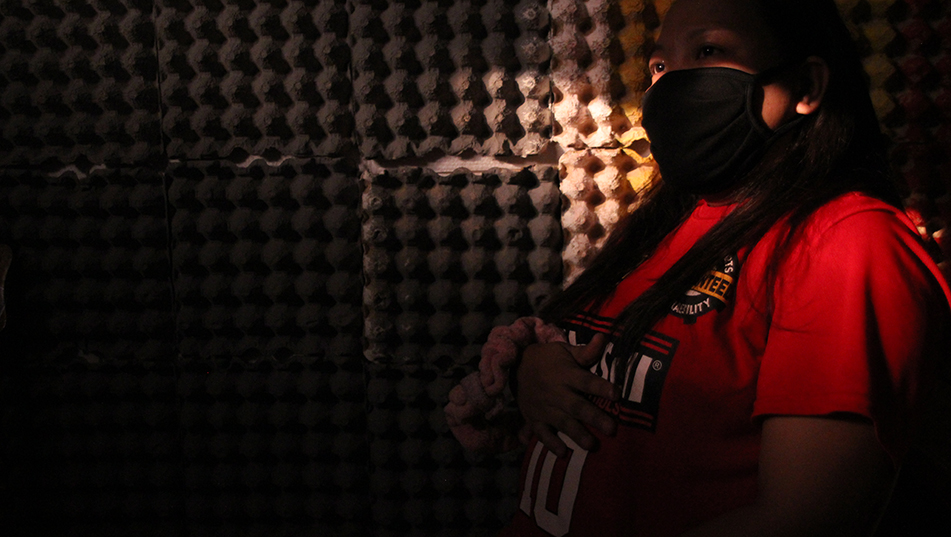 In the Workers’ Sobrecarey Community Pantry, Jam (not her real name) is a regular volunteer in facilitating the food relief coming from donations that will be served to the residents of Barangay 15 in the city.

Even as she is five months pregnant, she busies herself as a volunteer union organizer and a member of the workers’ cultural group Sining Obrero.

Jam was a plantation worker in Sumifru Corporation in Compostela, until a union strike in 2018 supposedly to fight for a collective bargaining led to her retrenchment along with hundred other workers.

At the height of the strike, Jam recalled seeing how the company made attempts to disperse and harass them, sometimes even calling police and military personnel.

“Nakita nako ang kamangtas sa kompanya sa dihang nagdemand mi sa among katungod ug narealize nako nga sumasa kining nagakahitabo sa uban pang mga kompanya sa tibuok nasud. (I saw how bad the company treated us when we demanded for our rights, and I realized that this is happening to other workers in companies,)” Jam said.

While they waited for the court’s decision on their case against the company, Jam volunteered as a union organizer across Davao Region, as she saw other workers were affected by illegal dismissals and unfair labor practice in this pandemic. She said they helped workers understand the importance of having a union in their workplaces to collectively demand for just compensation and benefits.

She takes the challenge to serve as she is five months pregnant with her second child, and the father of child had left her few months ago. 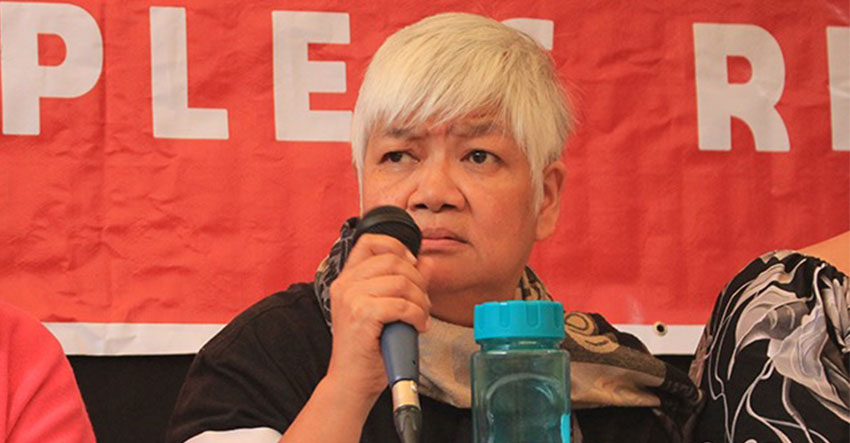 Margarita Valle is a journalist since Martial Law in the 1980s. Understanding the activism in the country made her not question that her son, Rius’, chose to be an advocate for the Lumad.

Valle said Rius and his three siblings were exposed to the plight of the Lumad through her and her husband’s advocacy and development work. Later in college, Rius integrated with the Lumad for his thesis on community development.

Valle was not surprised that later Rius did not ask her and her husband that he decided after college to be a volunteer for the Save Our Schools Network, which he now acts as the Mindanao spokesperson.

Rius has been red-tagged in social media and has faced several charges in court for alleged kidnapping of Lumad children. Most of these cases had been dismissed.

Valle thought she would step back as the next generation continues their advocacy. But in 2019, Valle was herself a victim of state abuse, after being taken in Laguindingan Airport by intelligence operatives, held incommunicado for hours and brought to Pagadian facing charges of multiple murder, frustrated murder and arson, and was labelled as a New People’s Army leader. She was released on that same day when journalists pressured authorities.

Her case became the focus of media groups who raised concern on the attacks on press freedom and human rights. Valle continues to engage in press freedom issues in online forums, serving as national vice-chairperson of the International Alliance of Women in Radio and Television in the Philippines and chairperson of the National Union of Journalists of the Philippines Davao City. 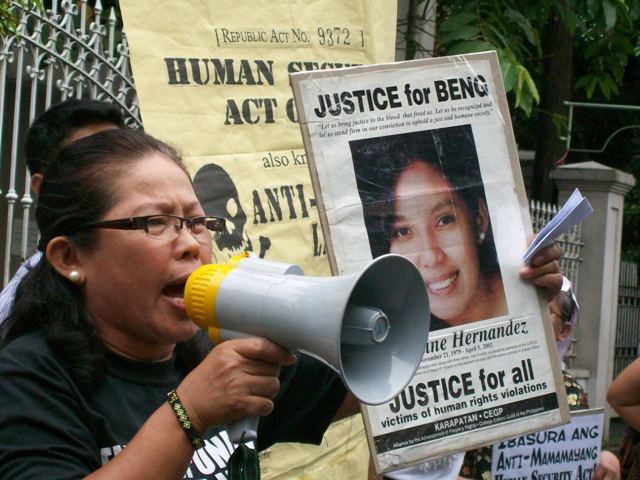 Evan remembers when her daughter Benjaline was alive, she would tell her that she is leaving her studies in Ateneo de Davao and chose to work in human rights, which could not bring them financial gains.

She didn’t understand what that means, she did not ask, but she let Beng do what she saw was what she wanted to do.

On April 5, 2002, Benjaline was killed by soldiers and paramilitary when she was following up a case on the peace situation in Arakan Valley, North Cotabato. Benjaline was 21 years old, and was deputy secretary general of Karapatan Southern Mindanao and Vice President of the College Editors Guild of the Philippines.

Grieving, Nanay Evan asked why her daughter opted a dangerous life instead of a career that gave them comfort. She listened to stories from her daughter’s colleagues. When her family migrated to Manila years later, she joined Hustisya, and heard more stories of families who like her had lost a relative and continue to fight for justice.

“It has not been easy. It took me four years to understand why she loved and served the people,” says Hernandez.

This became her turning point as she once served as spokesperson of Hustisya, and is now a human rights worker like her daughter.

Despite her age, Hernandez still finds energy and purpose to attend mass actions and reach out to families of other victims.

Hernandez believes that a mother’s role in society is different from each other, however, she also believes that motherhood will become more meaningful in serving the people.

“I am the proudest mother, pinagmamalaki ko talaga ang anak ko (I am proud of my daughter). She made me understand her mission in life at ngayon tinutuloy ko ito,” she added.