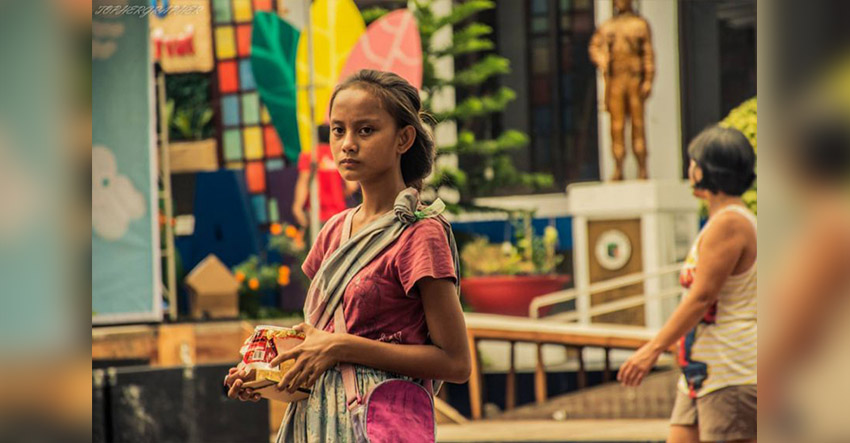 DAVAO CITY – The photo of the Badjao girl that has gone viral on the internet is not merely a picture of a Morena beauty that the netizens hope to help.

The photo of Rita Gaviola, 13, begging in the streets of Lucban town, in Quezon province went viral after photographer, Topher Quinto Burgos,  posted it on social media. The photo was taken during the Pahiyas Festival on May 15.

Netizens even created Facebook pages for Gaviola. The page “Badjao Girl” already has 58,672 likes, while Rita Gabiola “Badjao Girl” has 19,748 as of Saturday, May 28.

But for the Human Rights Watch, the image of Gaviola is a picture of a tribe “who were displaced and forced into destitution following the armed confrontation between government forces and rebels from the Moro National Liberation Front in September 2013.”

Carlos Conde, Philippines researcher for HRW, said the reports about Gaviola their plight as a “neglected tribe”.

“The city’s ethnic minorities, including the Badjao, were particularly vulnerable to displacement and forced relocation following the fighting,” Conde said pertaining to the 2013 armed encounters with government troops and MNLF which killed nearly 200 people, displaced more than 100,000 residents, and destroyed thousands of homes.

“The authorities, with little or no genuine consultation, forcibly moved the Badjao inland from their homes along the coast, despite their traditional occupation as fishermen. To this day, thousands of Badjao and other residents, mostly Muslims, remain homeless, living in dire conditions in evacuation sites,” he said.

The Badjao, who are commonly referred as “sea gypsies”,  “live in extreme poverty”, Conde said.

“The result is that many of them join the ranks of beggars in the Philippines’ urban centers or dive for coins thrown by boat passengers,” he added.

Conde said the public’s concern for Gaviola provides an opportunity for the incoming administration to address the needs of the indigenous peoples.

“The public concern for Rita Gaviola is an opportunity for the new Philippine government to strengthen efforts to ensure the rights of livelihood, housing and health to the Badjao and other indigenous peoples who, too often, are denied those rights in the face of discrimination, conflict or displacement,” he said.

For one, Conde said the government should start providing ”adequate resettlement based on consultation for the Badjao and the thousands of others who remain in squalid evacuation centers in Zamboanga City.”

“The government should also help ensure the livelihood of the Badjao by relocating them to areas that allow access to the seashore so that they can work as fishermen. Perhaps then Rita Gaviola – and the thousands of Badjao like her – can finally stop begging and return home,” he said. (davaotoday.com)