IN PHOTOS: The day they bury Datu Kaylo, a good leader

DAVAO CITY, Philippines — Kin, together with Lumad youths and friends paid their final respects to Datu Kaylo Bontulan, council member of Salugpungan Ta Tanu Igkanogon, before his remains, was laid to rest at the Wireless Public Cemetery at Madapo Hills, Davao City on Tuesday, April 16.

Datu Kaylo offered the final sacrifice of his life with his people displaced by the relentless militarization in the countryside, fueled by the enduring imposition of martial law in Mindanao. On that fateful day of April 7, in the midst of aerial bombardments by the Armed Forces of the Philippines (AFP) in Kitaotao, Bukidnon, Datu Kaylo offered his life and blood to his bleeding people.

During his lifetime, Datu Kaylo was no ordinary person, though known as a soft-spoken and down-to-earth leader. He was the deputy secretary-general of PASAKA Lumad Confederation of Lumad Organizations in Southern Mindanao Region, and an officer of the national minority group Katribu.

Datu Kaylo, was born and raised in the hinterlands of Talaingod, Davao del Norte. His family was among hundreds of displaced Lumad families at the height of intensive military operations in the area, five years ago.

According to PASAKA, the remains of Datu Kaylo could not be buried in Talaingod due to the continuing threat against his family members.

The life and works of Datu Kaylo’s was also reminisced during the Luksang Parangal (tribute) held at the UCCP Haran Bishop’s Compound on Monday.

Several individuals and groups had expressed their grief to the passing of a well-respected young Manobo leader. 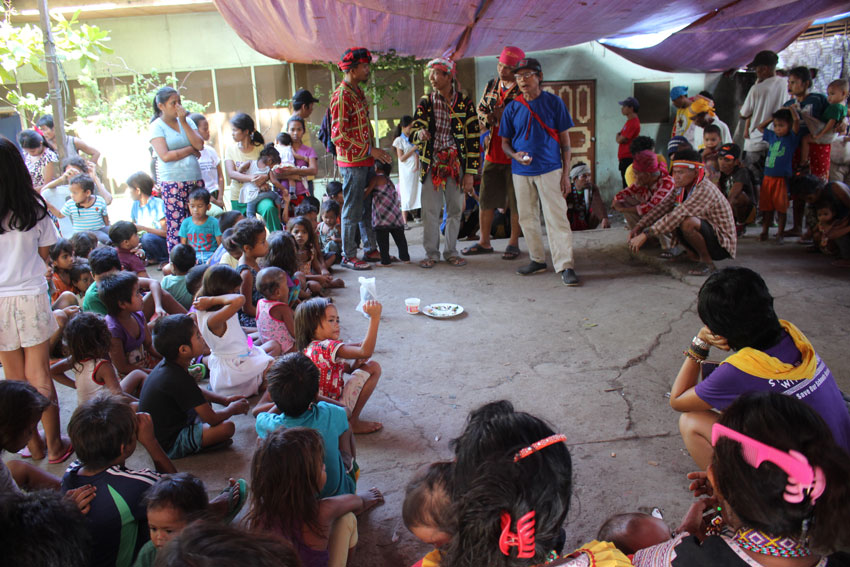 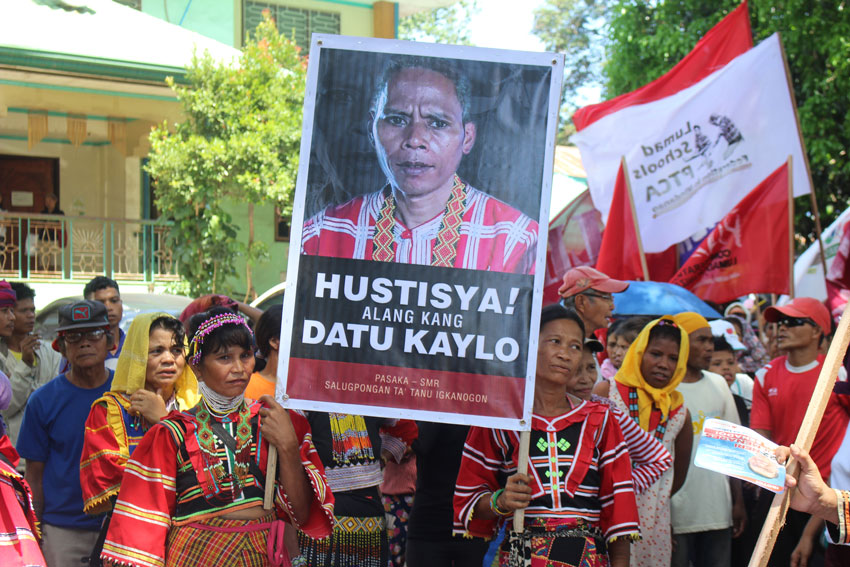 The messages of these women are clear, that they want justice to the death of Datu Kaylo, a leader whose only dream is to free his people from the bondage of marginalization and displacement from their ancestral lands. (Ken E. Cagula/davaotoday.com) 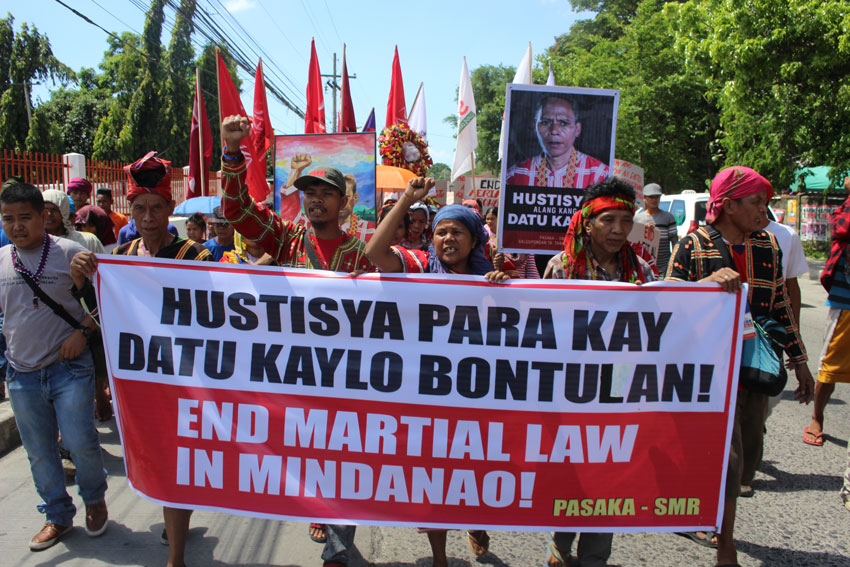 The funeral march went on, with family members, colleagues, and friends of Datu Kaylo all walk towards his burial ground known in Davao City as the Wireless Public Cemetery, located near the UCCP Haran, where the Lumad sought temporary sanctuary for years. (Ken E. Cagula/davaotoday.com) 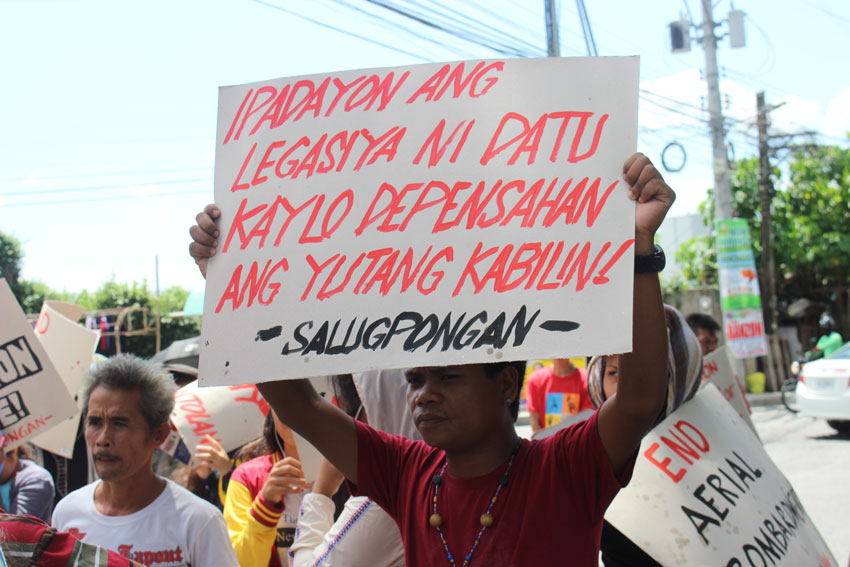 A teenager, during the funeral march, made a call upon his fellow Lumad to continue the legacy of Datu Kaylo, especially his struggle to defend ancestral lands. (Ken E. Cagula/davaotoday.com) 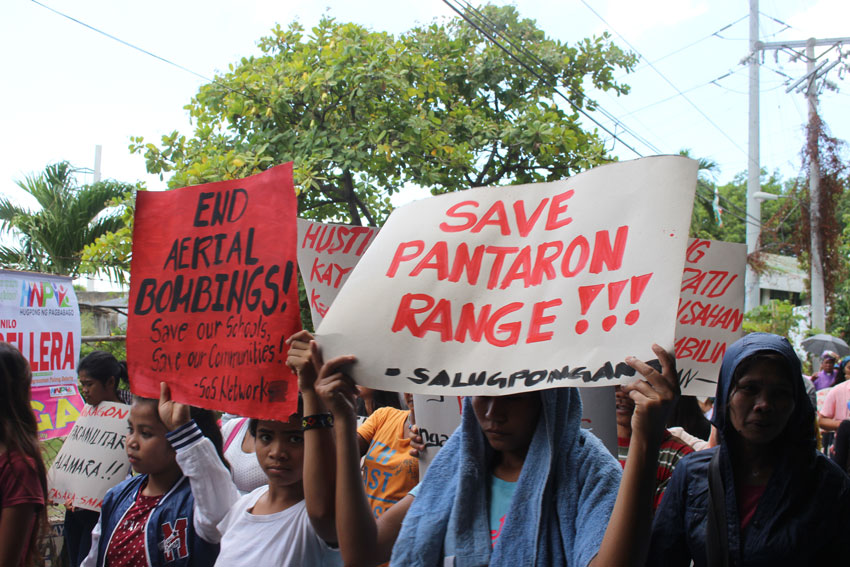 Lumad advocates call for the military to stop the aerial bombardments in rural areas that for years have destroyed, driven away, and displaced thousands of lumad families and communities in Mindanao. (Ken E. Cagula/davaotoday.com) 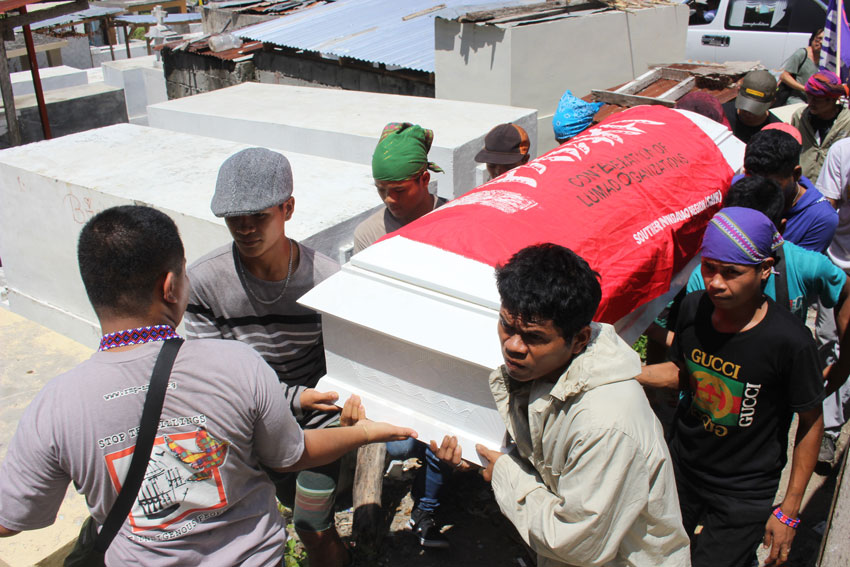 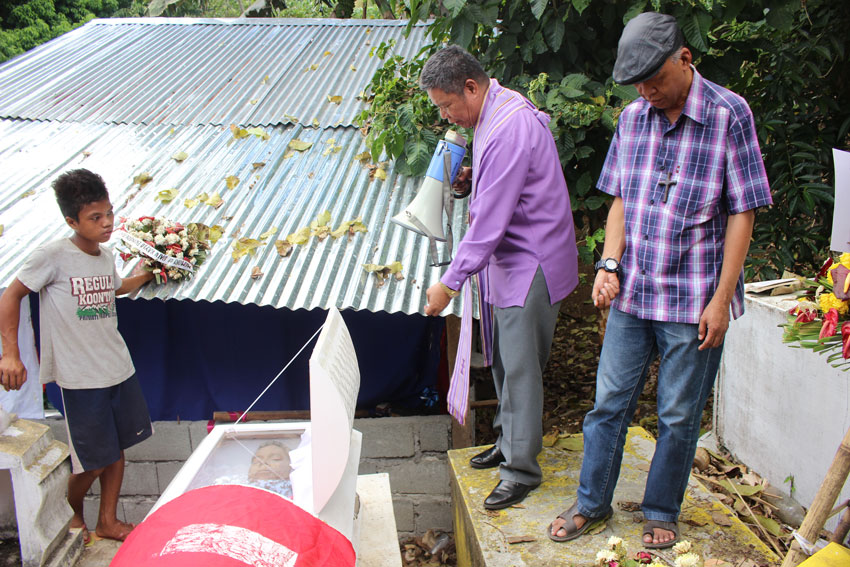 UCCP Bishops Hamuel Tequis and Modesto Villasanta offer their prayers for Datu Kaylo. In a short message, they express belief that the life and works of Datu Kaylo will continue to inspire the lumad and other sectors who struggle for justice and peace. (Ken E. Cagula/davaotoday.com) 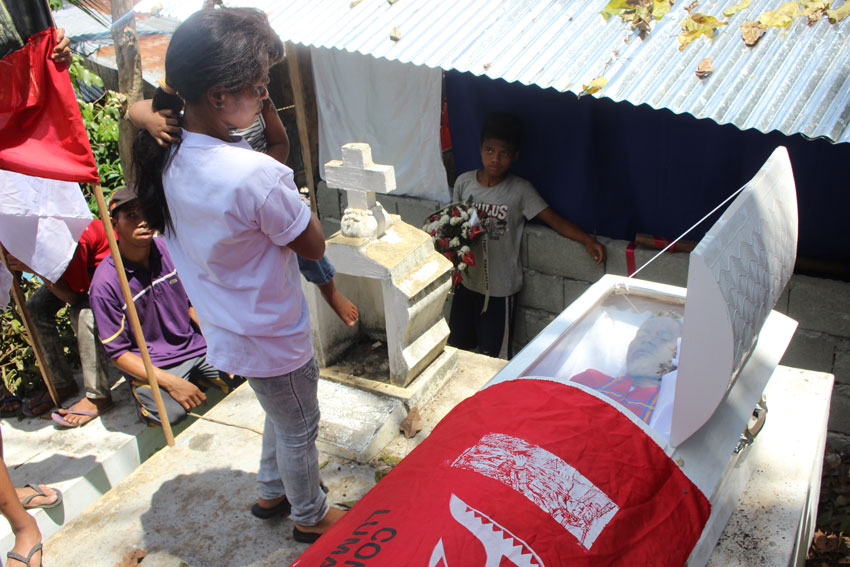 Photo shows the wife of Datu Kaylo as she carries one of their young children for a final glance before the final laying of the casket inside a crypt at the burial site. (Ken E. Cagula/davaotoday.com) 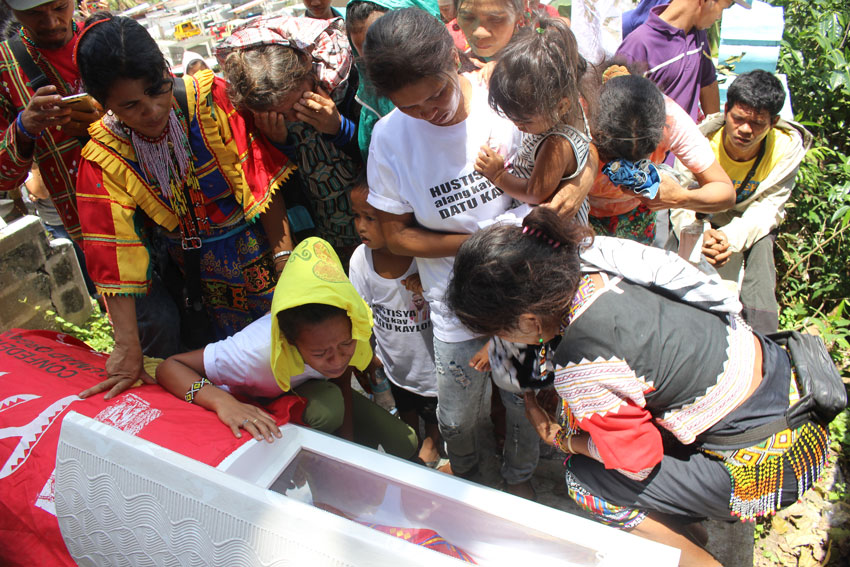 The children and relatives of Datu Kaylo expressed grief as they lined up for the final glance of his remains at the burial site. (Ken E. Cagula/davaotoday.com) 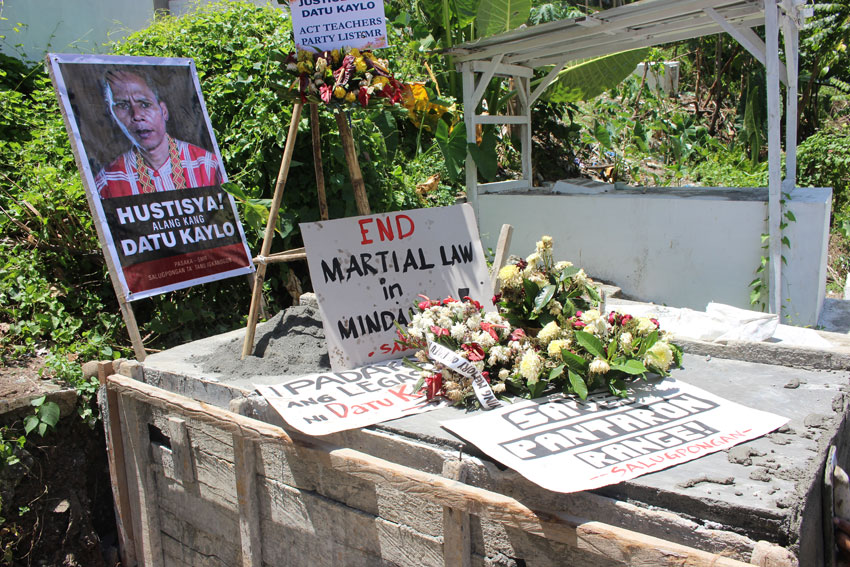