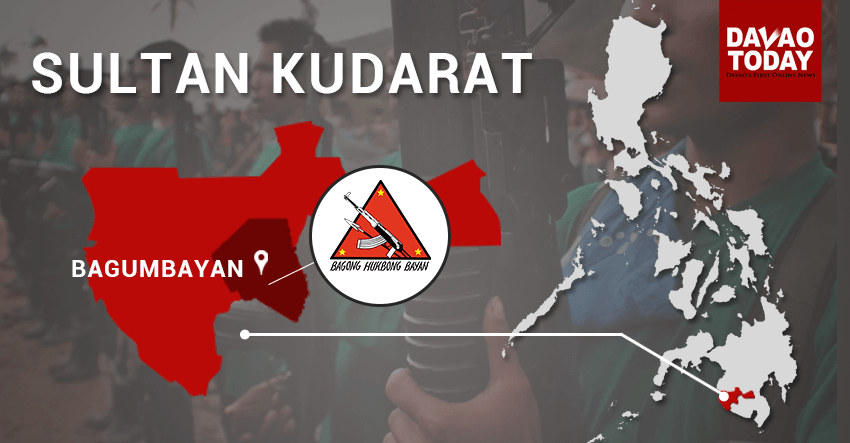 DAVAO CITY, Philippines — The New People’s Army on Thursday said ​it killed ​at least three company guards of the Silvicultural Industries Incorporated when it attacked the company in Sultan Kudarat on Sunday, Aug.13.

In an emailed statement, NPA local spokesman Dencio Madrigal claimed an NPA team carried out the offensive against the head office of the
​company in Barangay Sto. Niño in Bagumbayan tow​n​ on Sunday.

Madrigal on Thursday said their attack served as “punishment for the tyrant company.”

“A broadening and persistent armed resistance of the masses is currently on course against the operations of the David M. Consunji Incorporated (DMCI) in the provinces of Sultan Kudarat and South Cotabato. Consunji’s environmentally destructive logging and coffee and tree plantations in the area have been terribly devastating the Lumad communities for a long time,” Madrigal said.

“SII is a DMCI subsidiary company operating the Dawang coffee plantations in Barangay Ned, Lake Sebu, South Cotabato and a vast fruit trees and forest plantations in Bagumbayan. These plantations comprise the area covered by Consunji’s IFMA No. 22 that encompasses more than 10,000 hectares of T’boli ancestral lands,” Madrigal said.

He claimed that a 6,000-hectare coal operating contract of the DMC-Construction Equipment and Resources Inc. (DMC-CERI), another DMCI affiliate company, is also underway within the said IFMA area.

“The NPA attack at the SII head office was never anticipated by the DMCI given that it is located within the vast coffee plantation and a company-size​d​ force is guarding its surrounding areas. SII employees armed by the management are also securing the place,” Madrigal added.

Madrigal also accused the military of training the private army of the company.

“Consunji’s private army is trained by the 38th IB-CAA of the AFP and serves as company guards for various DMCI businesses and operations,” he said. (davaotoday.com)