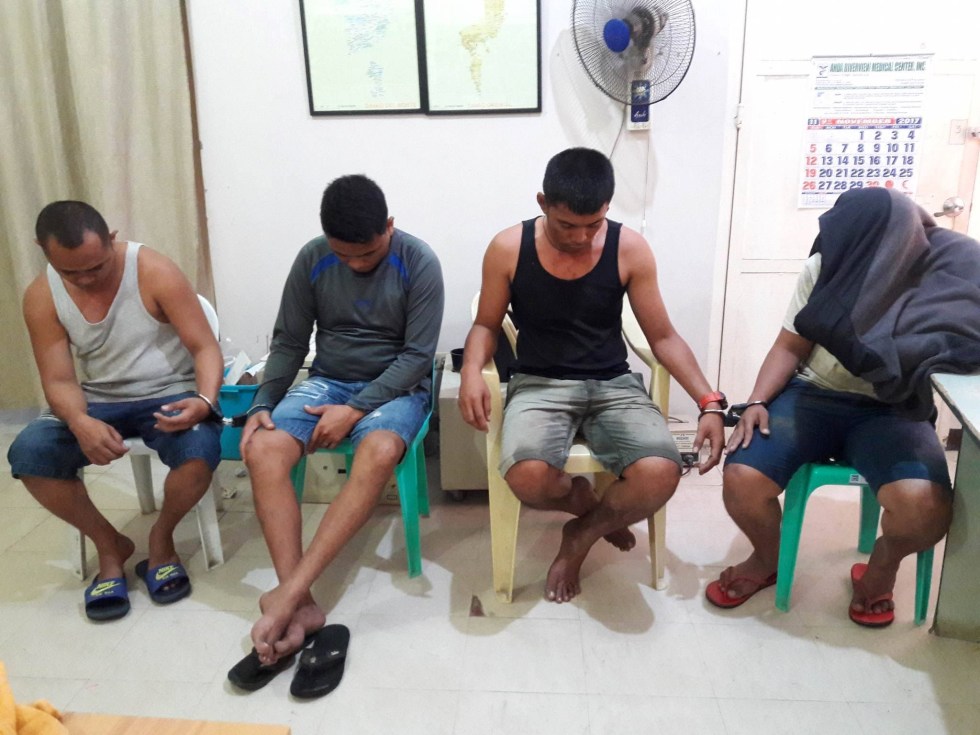 DAVAO CITY, Philippines—Four members of the Armed Forces of the Philippines and a member of an armed group were arrested in a buy-bust operation conducted by anti-narcotics agents in Tagum City early dawn on Saturday, November 11.

The report was confirmed by Philippine Drug Enforcement Agency (PDEA) 11 Officer-in-Charge Naravy Duquiatan in an interview with DavaoToday on Saturday afternoon.

A short exchange of gunfire transpired when the operatives attempted to arrest them. Duquiatan said Impas was hit by a bullet on his ears while the agency’s vehicle was also peppered with bullets during the incident.

According to her, the PDEA’s anti-narcotics agents seized from the suspects 5 grams of shabu (methamphetamine hydrochloride) worth P75,000. Also recovered were .45 caliber firearm, motor vehicle and ammunition.

PDEA considered the suspects as high value targets and their arrest was through the assistance of Tagum City Police Station, Task Force Tagum and the army’s 46th Infantry Battalion.

The four suspects are now detained at PDEA detention facility here while cases are being prepared against them for violation of the Comprehensive Dangerous Drugs Act. (davaotoday.com)