500 temporary shelters in Marawi to be completed next month 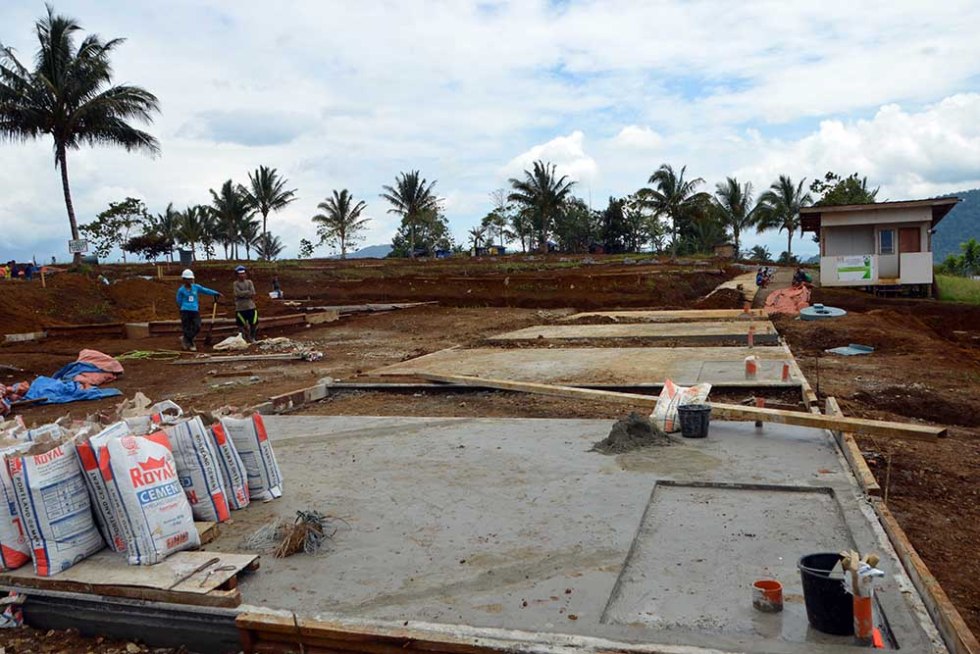 TEMPORARY SHELTER. In this photo dated October 21, construction workers take a short break from working at a temporary relocation site for families affected by the war in Marawi City. (Divina M. Suson)

ILIGAN CITY, Philippines – The government is optimistic it can complete the construction of 500 to 600 temporary shelters for Marawi evacuees by December 15 despite constant heavy rain that made the undertaking a challenge.

Also, heavy equipment from the Department of Public Works and Highways (DPWH) provincial engineering districts have been redeployed to the area to work overtime for the road network which is set to finish on November 25.

“DPWH has said that there might be delays, especially because of the weather. But it’s not going to take a long time. I think within November, the road network works will be completed,” Castro said in a press briefing on November 9.

Meawhile, a construction worker, who requested not to be named, said they are having hard time to finish their works as fast they could because they lack manpower.

“More and more workers are leaving due to low pay. The arrival of construction materials also take a long time. So how do we work if there are now materials?,” said the worker.

But Castro remains optimistic that the DPWH is on track in finishing the number of houses targeted to be turned over to the beneficiaries next month.

While the temporary shelters are being constructed, the government is also finalizing the Comprehensive Rehabilitation Plan for Marawi.

Currently, the TFBM is concentrating on the return of families to the nine barangays declared by the military “cleared” from terrorists.

While it is looking into the needs of those who are still staying at the evacuation center, the task force is at the same time making sure that these areas are connected to the grid and water system.

Of the nine barangays, according to Castro, only three are yet connected to the water district.

Lanao del Sur Electric Cooperative General Manager Nordjiana Ducol said that as of November 9, power supply of the 63 barangays have been already been fully restored.