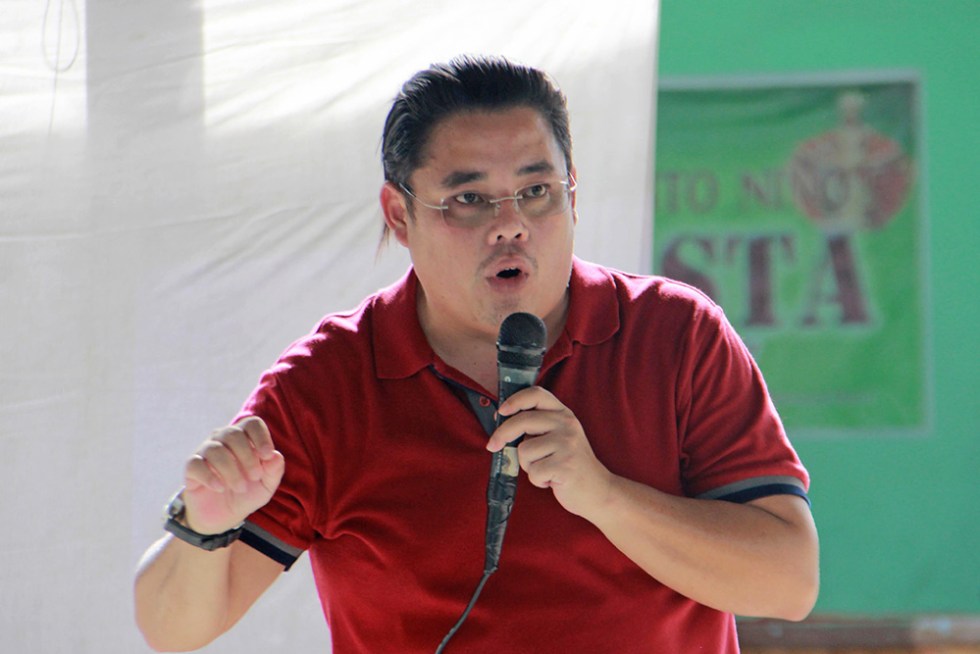 DAVAO CITY, Philippines – There is no truth in an earlier military report that an Anakpawis officer surrendered to authorities in Davao Oriental, a lawmaker said.

Anakpawis party-list Representative Ariel Casilao condemned the Philippines Army’s 10th Infantry Division (ID) for implicating that a surrenderee, who identified herself as having links with the New People’s Army.

What surprised Casilao was that the military report also indicated that Quiroga admitted having an affiliation with Anakpawis as chairperson in Mati City chapter.

Casilao clarified that Quiroga could not be in any way be holding the position, as the party-list has Artemia Olivar as chairperson for the entire Davao Oriental province.

Quiroga, according to the military report, said she was a former squad medic stationed at Section Committee (SeCom) 18, Sub Regional Command (SRC) 2, Southern Mindanao Regional Committee (SMRC) of the New Peoples Army (NPA) in 2012 before she was deployed to sit as the chairperson of the said party-list chapter.

Upon surrender, Quiroga accordingly turned over medical paraphernalia and subversive documents and in high hopes to live a peaceful and normal life with her family.

She was then brought to Lupon Police Station to record her surrender and underwent a medical examination at Lupon Health center.

Casilao also questioned the possibility of Quijoda of holding the position when she is a resident of Brgy. Kalapagan, Municipality of Lupon, Davao. He said this does not qualify her to hold a position which is based in Mati City.

Also, he based Comelec records to point out that Quiroga’s name was submitted as poll watcher for Makabayan and a local political party.

Casilao also pointed out that Quiroga schemed into soliciting funds from local businessmen, local politicians for personal use by “illegally” using the name of Anakpawis Party-list and other progressive party-lists like the ALMASiD ( Alyansa sa Maguuma sa Sidlakang Dabaw-KMP).

“Clearly with the facts mentioned, she needed to invent issues and allowed herself to be used to suffice the red tagging intentions and motives of her military handlers,” he said.