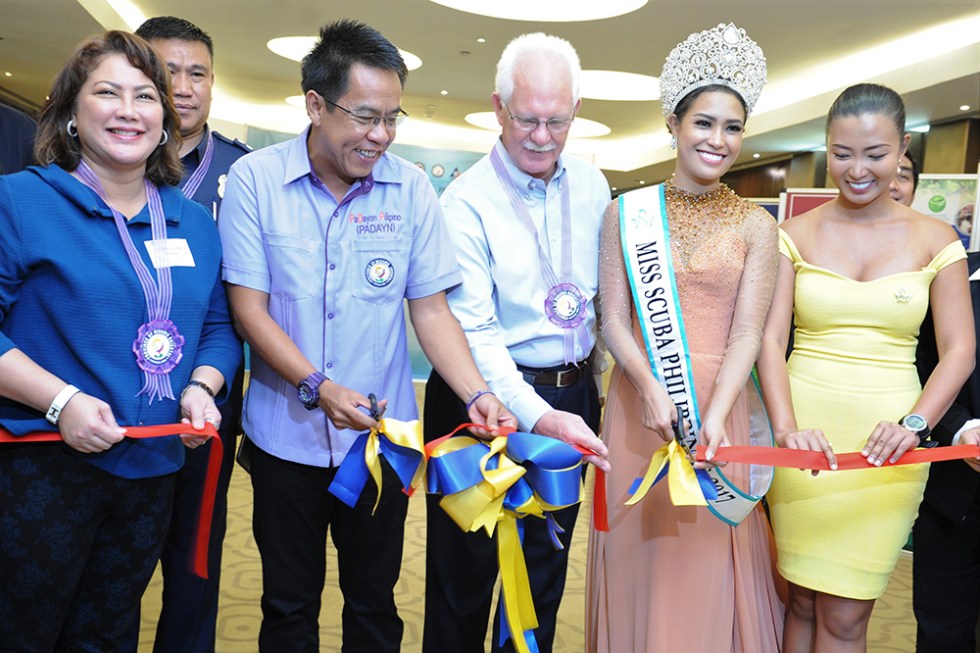 ​CHILD LABOR PREVENTION. Local government officials, company executives and other stakeholders join in the ribbon-cutting of the display of products manufactured by companies and entrepreneurs that join the provincial government of Misamis Oriental in its campaign for child labor prevention at the sidelines of the Forum on Child Labor Prevention held in Cagayan de Oro City on Monday, October 23. (Jigger J. Jerusalem / davaotoday.com)

CAGAYAN DE ORO CITY, Philippines – The International Labor Organization (ILO) has urged companies and businesses to observe the non-hiring of minors in their work force as plans to eliminate child labor practice in the country gains ground.

Khalid Hassan, the Country Director of the International Labour Organization, in his message, said business operators, most especially in the agriculture sector, have the obligation to check and verify if they are employing children in their operations.

Hassan said firms should have the ability “to monitor practices up to the lowest level of the supply chain” to ensure that no children are being employed.

The issue on child labor was the topic in a forum attended by industry players, child-protection advocates and local government officials organized by the provincial government of Misamis Oriental in partnership with the American Chamber of Commerce of the Philippines and Philip Morris Fortune Tobacco Corp. (PMFTC) at the Luxe Hotel here on Monday, Oct. 23.

The forum was aimed at “promoting good agriculture practices including taking children out of the farms because the sustainability of any business operation hinges in large part on its labor condition.”

According to the data from the Philippine Statistics Authority, there were some 2.1 million child laborers aged 5-17 years old in the country as of 2011.

“The Philippines, as its contribution to (Social Development Goals), has launched a new Philippine Program Against Child Labor (PPACL) with the goal of withdrawing one million child laborers by 2025. This is enshrined in the Philippine Development Plan and different stakeholders are in the midst of creating the system to target these children all over the country,” Hassan said.

He said ILO in the Philippines is also targeting hard-to-reach forms of child labor that exist in remote rural areas and co-exist with agricultural practices.

“We are now implementing a project addressing child labor and poor working conditions in artisanal and small scale gold mining. Our approach here is the creation of an environment that better transition units and workers in this sector from informality, where different negatives practices abound, to formality, where regulation can better be exercised and greater compliance with standards achieved,” he added.

Hassan said it is imperative for companies, from small-scale ones to huge corporations, “to go beyond the rhetoric” and strictly monitor their operations at the community level to check if they have in their work force child laborers.

Militsyn said the company is promoting this effort through its Agricultural Labor Practices (ALP), “which is an important component of our Good Agriculture Practices (GAP). ALP is aimed at progressively eliminating child labor and other labor abuses from all farms where PMI’s affiliates and our leaf suppliers source tobacco worldwide.”

PMFTC has a tobacco plantation in Claveria town, Misamis Oriental where it has contracted dozens of local growers.

For his part, Misamis Oriental Governor Yevgeny Vincente Emano said that although the provincial government has not monitored rampant child-labor practices in the province, he, however, lauded the initiatives of the LGU partners in holding the forum.

According to acting Provincial Agriculturist Dr. Benjamin Resma, the forum will celebrate the significant advancement in efforts to eliminate forms of child labor and revisit projects crucial to the task of localizing and giving form to the ILO and the National Child Labor Prevention Program for the province.

“The deliverables will be a set of substantive policy and action-oriented recommendations that will be leveraged with the participants from the within the [province] and outside on how to end child labor by 2025,” Resma said.

Allyn Peñalosa, head of the Misamis Oriental Provincial Youth Development Office, said children can actually help their parents rise from poverty if they are in school as education opens news doors and new opportunities for them.

She said the education department in the province has ensured that school-age children are in school and not engaged in any form of child labor. (davaotoday.com)