Be warned: Davao police to arrest protesters in line with ML declaration 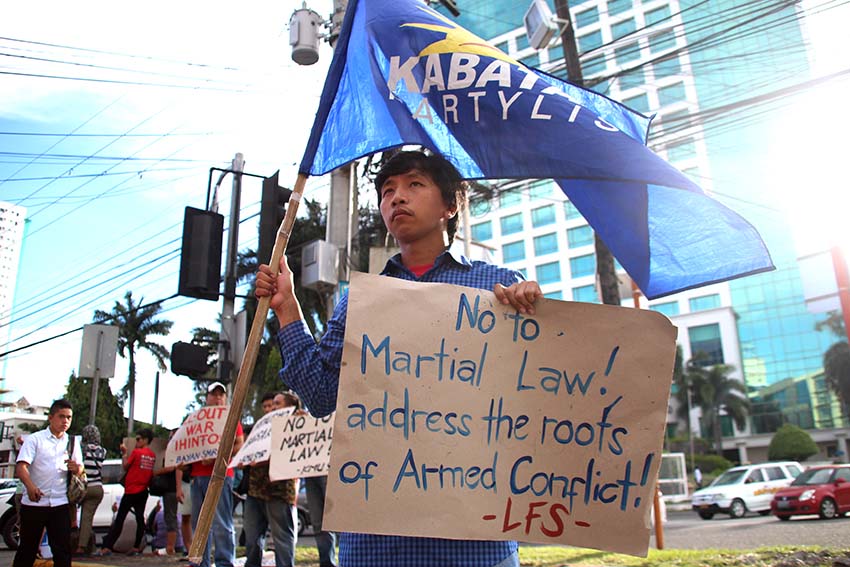 DAVAO CITY, Philippines – The Philippine National Police in Davao region (PRO-11) said the right to form a public assembly such as protests or rallies against the government will be curtailed with the declaration of Martial Law in Mindanao by President Rodrigo Duterte.

With such declaration, PRO-11 said leaders and organizers of groups that will stage protests or rallies will be arrested if caught making the public nuisance.

The statement is part of the “do’s and don’ts” that PRO-11 released on Friday.

The people of Davao region was also reminded by law enforcement authorities that the Permit to Carry Firearms Outside Residence (PTCFOR) is also suspended in the region.

The public, the statement added, are also discouraged from engaging more on travelling to avoid hassle on their part due to heavy traffic that will be encountered in all the checkpoints conducted by the PNP and Armed Forces of the Philippines.

“However, all police units are advised to strictly observe human rights in operations and should be in accordance with the standard police operational procedure,” the PRO-11 added.

The command said that they are now coordinating with its counterpart in the AFP in all their operations. (davaotoday.com)