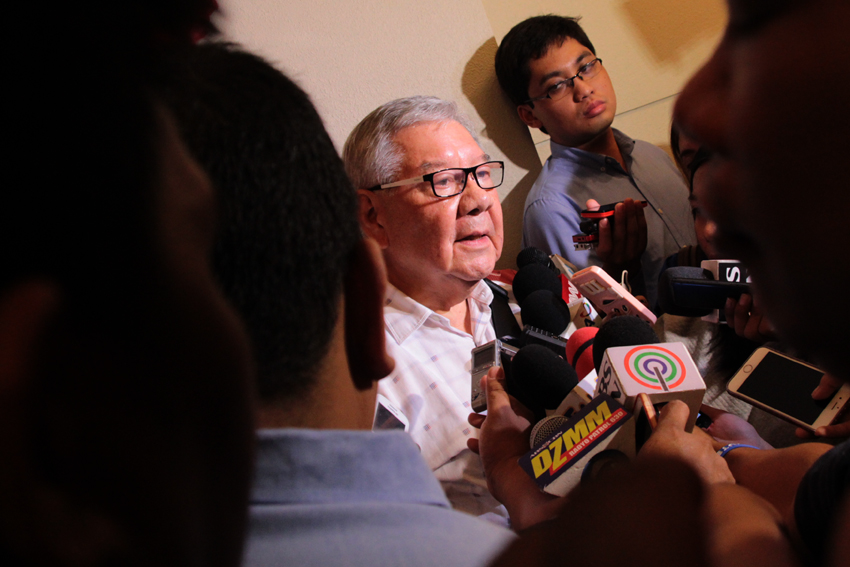 DAVAO CITY— A stalwart of the Liberal Party in Congress is seeking a possible coalition with the Partido Demokratiko Pilipino-Lakas ng Bayan (PDP-Laban).

House Speaker Feliciano Belmonte Jr. visited Davao City on Tuesday, June 7 to talk about a possible coalition between some of the members of LP and the party of President-elect Rodrigo Duterte.

Belmonte, LP vice-chair said that as of now, both parties are still in the process of talks and that they are still not sure what will happen next.

Belmonte was in Davao City to meet with Duterte and Davao del Norte Rep. Pantaleon Alvarez, who is possibly the next House Speaker.

He said that outgoing President Benigno Aquino III would not intervene if other LP members decide to join the coalition with PDP-laban.

Davao del Norte Representative Pantaleon Alvarez also said that if all the LP members will transfer to PDP-Laban then there will be no more need for a coalition agreement.

Meanwhile, Belmonte maintained that there would still be an opposition in the House of Congress even with the formation of a coalition.

Asked if Vice President-elect Leni Robredo knew about this coalition, Belmonte said that he assumes that Robredo is aware on the said coalition.

“I assume that Robredo knows about this, I haven’t heard any objection from her,” Belmonte said.

Along with the coalition agenda, Alvarez and Belmonte will also talk with Duterte about federalism, restoring death penalty and amending the juvenile justice law.(davaotoday.com)