Collapse of peace talks, the rise of Arroyo, Marcoses in power 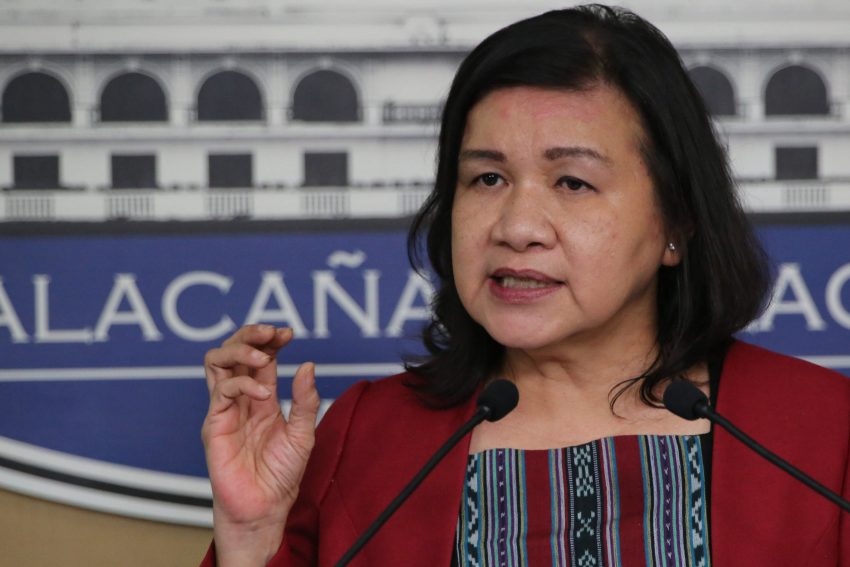 DAVAO CITY, Philippines — National Anti-poverty Commission (NAPC) secretary and convenor Liza Maza has resigned on Monday, Aug. 19 because of the grim political situation in the country under the Duterte administration.

Maza cited the collapse of the peace talks between the government and the communists and the return of former President Gloria Macapagal Arroyo and Marcoses in power.

Duterte’s move to cancel the GRP-NDFP peace talks has killed the people’s genuine aspiration to have a meaningful socioeconomic and political reforms, Maza said as she hit the Marcoses with Imee Marcos aligning herself with the Hugpong ng Pagbabago, a local political party of presidential daughter Davao City Mayor Sara Duterte.

The former Gabriela Partylist representative also pointed out that the revival of the newly dismissed murder charges in the Nueva Ecija Palayan case with Makabayan bloc political leaders Satur Ocampo, Teddy Casino and Rafael Mariano who are serving under NAPC undermines her leadership.

“I realized that the anti-reform, rightist and militarist forces of our society will continue to undermine our leadership in this agency. As such,I can no longer work under these circumstances” Maza explained.

According to Maza, the pursuit of meaningful reforms embarked in the two years of leading NAPC will be better served outside government office.

“As such, I have found it best to resume fighting from among the masses for this genuine change ,which as ever ,has been the only real way to make sure it happen,”she said.

“Despite obvious efforts to expunge her from public service, Secretary Maza served to the full extent of her abilities to reach out to marginalized sectors as NAPC lead convenor,” Gabriela Rep. Emmi de Jesus said. “But the revival of the trumped up charges against Makabayan 4, which was later junked, and the termination of the peace talks proved to be the final straw.”

De Jesus has expressed confidence that Maza’s decision to rejoin the “people’s movement” could give her “more latitude in advocating women’s rights and in pursuing socio-economic reforms which she advocated in NAPC.”

For her part, Gabriela Rep. Arlene Brosas said the exit of Secretary Liza from NAPC delivers a strong message against the administration’s final efforts to sabotage the peace negotiations with the NDFP.

“By shutting all the venues for the resumption of peace negotiations, the Duterte regime has also shattered any possible opportunity to discuss the much needed genuine agrarian reform and national industrialization – socio-economic reforms which are close to Secretary Maza’s heart,” Brosas said.

Meanwhile, the Palace has expressed the regret with Maza’s decision to resign from her post.

“We always regret when people who enjoy the trust and confidence of the President leave their post. But I’m sure there will be other applicants for the post,” Presidential Spokesperson Harry Roque said in a Palace press briefing.

Roque said that peace talks with the communist group would resume on the local level.

“Again, we maintain that the President will only have peace talks with the Communists if it is in the Philippines, if they will stop collection of revolutionary taxes, if they will momentarily – while peace talks are ongoing – commit themselves to refrain from resuming the insurgency and will stay in a designated camp where President Duterte has promised that he will provide for their provisions during the pendency of the peace talks,” Roque added.

Maza was appointed as NAPC chief in 2016. Prior to her resignation, there were score of progressive leaders who were appointed under the Duterte administration but eventually rejected by the powerful Commission on Appointment.

Progressive leaders Judy Taguiwalo and Rafael Mariano were appointed as secretaries of the Social Welfare and Agrarian Reform departments but lawmakers rejected their appointment. (davaotoday.com)