DCPO, TFD back to “normal mode” after Davao elections 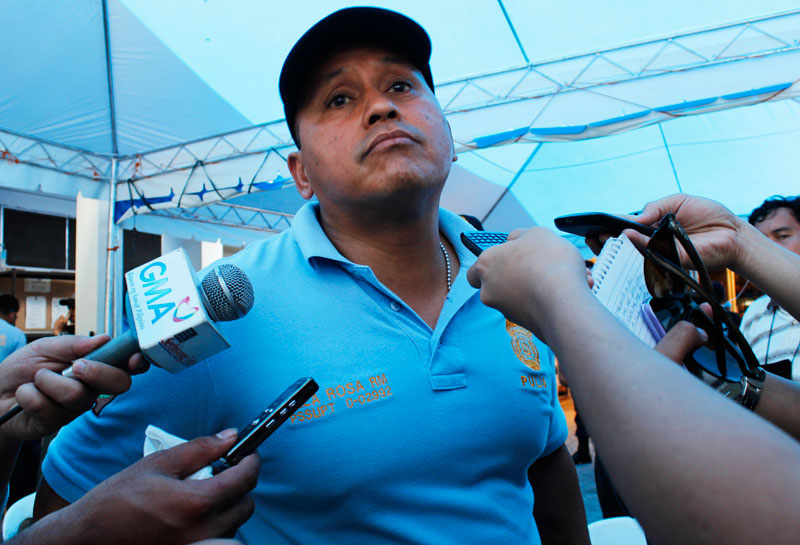 Senior Superintendent Ronald dela Rosa, DCPO chief, said they will go back to their activities and campaigns concerning crime and public safety after a “very peaceful” local polls.

DAVAO CITY, Philippines – A week after the automated elections here, both the Davao City Police Office (DCPO) and the Task Force Davao (TFD) said Monday that all their personnel are back to “normal mode.”

Colonel Casiano Monilla, TFD chief, said that despite their “barely enough” personnel, their mandate remains, that is, to focus on deterring terrorism.   He shared that Mayor Sara Duterte has asked him to “make sure” that the city will be free from terror attacks like bombing.

It can be recalled that in March 2003, a bomb exploded at the old Davao airport in Sasa which killed 20 people and wounded 146 others.  A month after that, another bomb exploded in Sasa Wharf killing 17 persons and injuring 56 others.

Monilla assured that the TFD has enough logistics to function.

Meanwhile, Senior Superintendent Ronald dela Rosa, DCPO chief, said that they will go back to their activities and campaigns concerning crime and public safety after a “very peaceful” local polls.

He said they have not recorded even one case of election-related violence though there were recorded cases of violations on the gun ban and the two-day liquor ban.

Dela Rosa, however, was not able to give the exact figures of violations but noted that the numbers dropped as the May 13 election drew near.

He also said the election period and the gun ban have contributed to the decrease in the number of crimes in the city.  This as police visibility and checkpoints were able to discouraged people from doing unlawful acts.

Monilla also said the election has been peaceful despite the competition between local politicians and the presence of “hot spots.”

Last April, the districts of Paquibato, Marilog and Baguio were placed in the election “hot spots” because of the presence of the New People’s Army (NPA).  These are the areas where NPA commander Ka Parago is known to be basing.

The number of police and military elements were increased in these areas during the election day.

Yet, two days before the election, the NPA said it arrested and detained for almost an hour seven members of the Police Regional Office-XI Traffic Management Group in Paquibato village for “violating the NPA’s election policies.”

Simon Santiago, NPA’s political director, said the policemen served as escorts of a village captain who brought sums of money to buy votes for a certain politician.

But Dela Rosa denied this and called the NPA’s statements as “propaganda.”  Monilla, on the other hand, said a different military unit is assigned in the said “hot spots” as the TFD focuses on the city’s populated areas.  (Marilou Aguirre-Tuburan/davaotoday.com)